This wasn't going to be a blog post, as I had no idea what I was going to make for dinner last night, so there aren't many photos of the prep, sorry. Although, it's not the prettiest of dishes anyway, so maybe it will appreciate the lack of photographs and prefer to be judged on it's rather scrumptious flavour.

I had a vague feeling I'd be using lentils, but really hadn't planned any further than that. Apparently throwing things together often produces my best work, and despite it not winning any beauty contests any time soon, this was a much tastier dish than it looks, or than I had faith in, and I thought it deserved a mention. And the aubergine was a triumph, I must use it this way more often.

So back to the lentils, I knew I had some red ones, but didn't fancy a soup or a curry and wanted something with bite, so after raiding my frozen fish stores and finding 2 cod fillets, I thought some green lentils would be the best option. I feel these low fat, high protein legumes have a bit of an unfair reputation of being boring, my answer is that anything is boring if you don't season, spice or accompany it properly. So leave my buddy lentil out if it! It's you, unnamed complainer, that lacks imagination!

Anyway, as you'll probably know by now, I tend to like my recipes pretty straightforward so, oddly enough, this one is really easy. Enjoy! 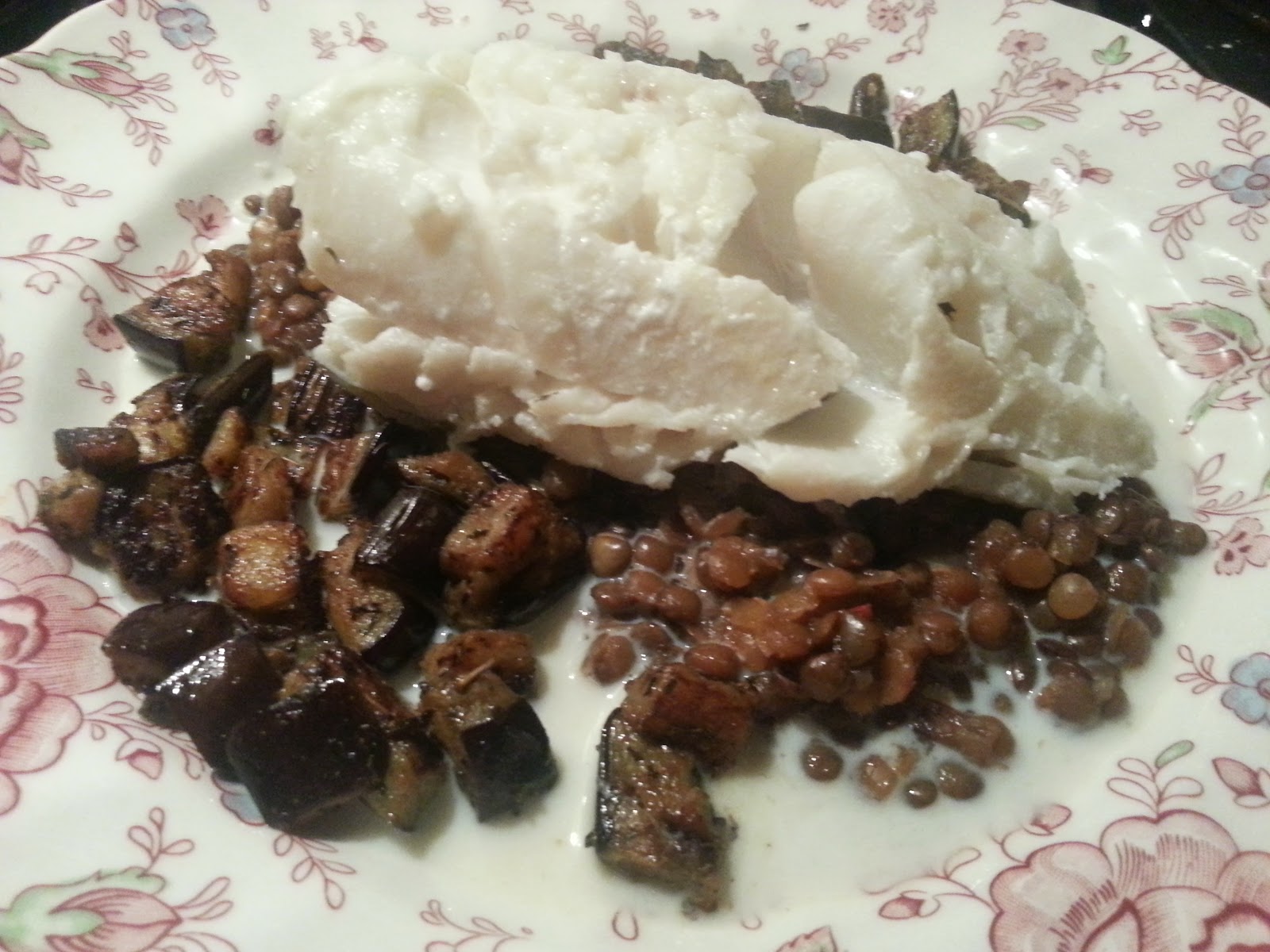 Cod with Lentils & Sautéed Aubergine
serves 2 as a main, with lots of leftovers 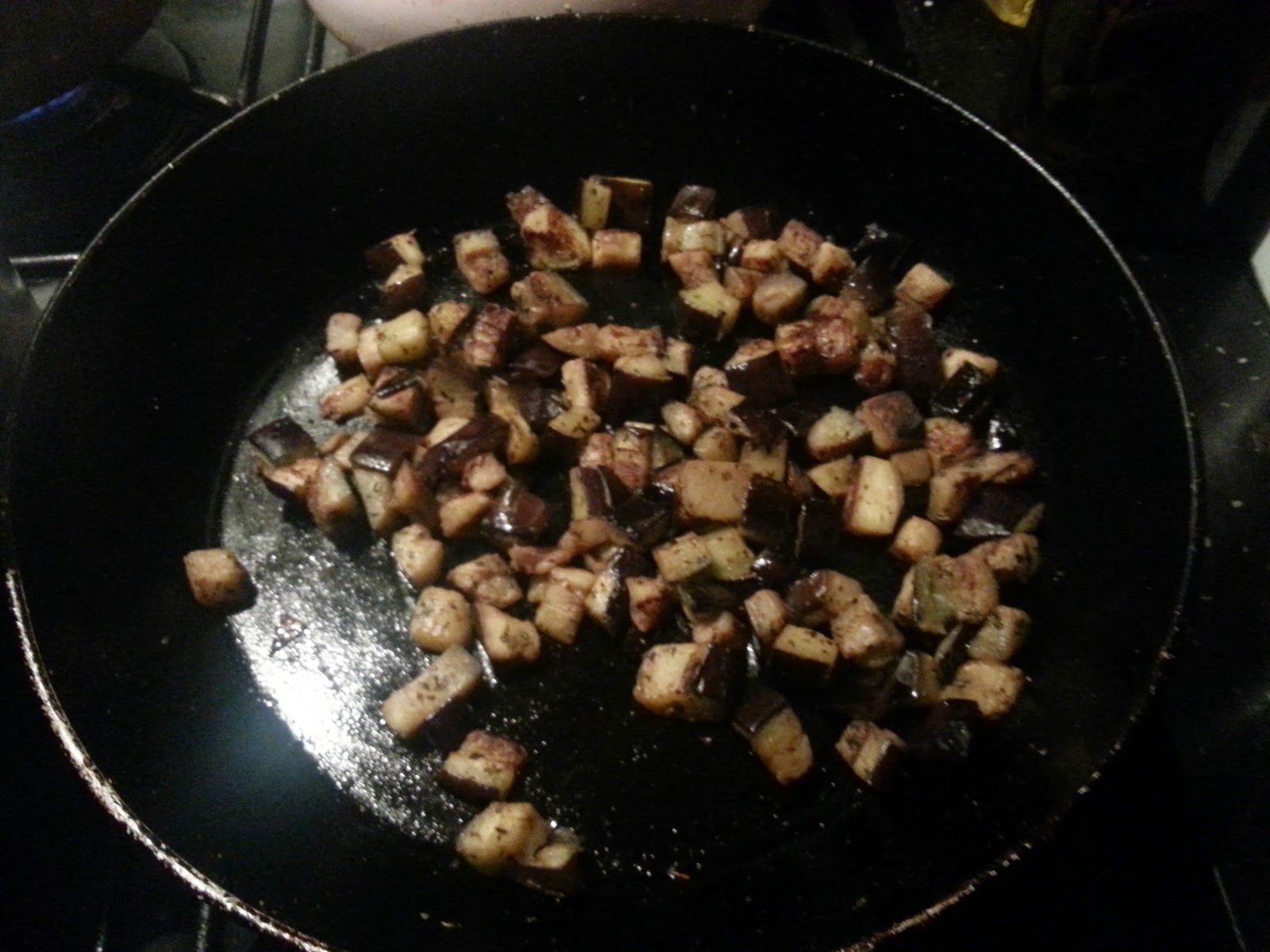 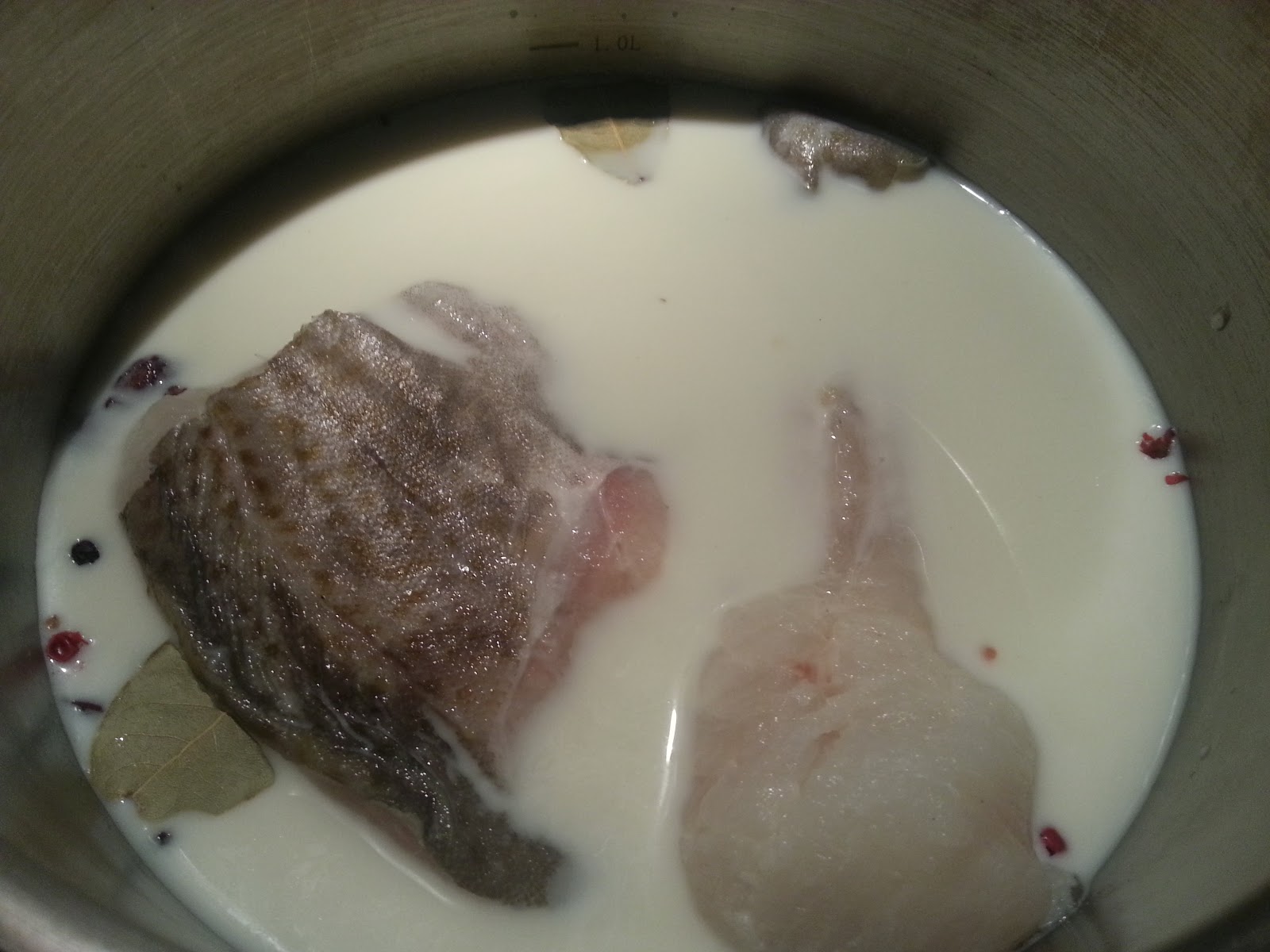 for the aubergine
1 aubergine, diced
some dried coriander
some dried mint
a little basil & ground nut oil, or any oil of your choosing 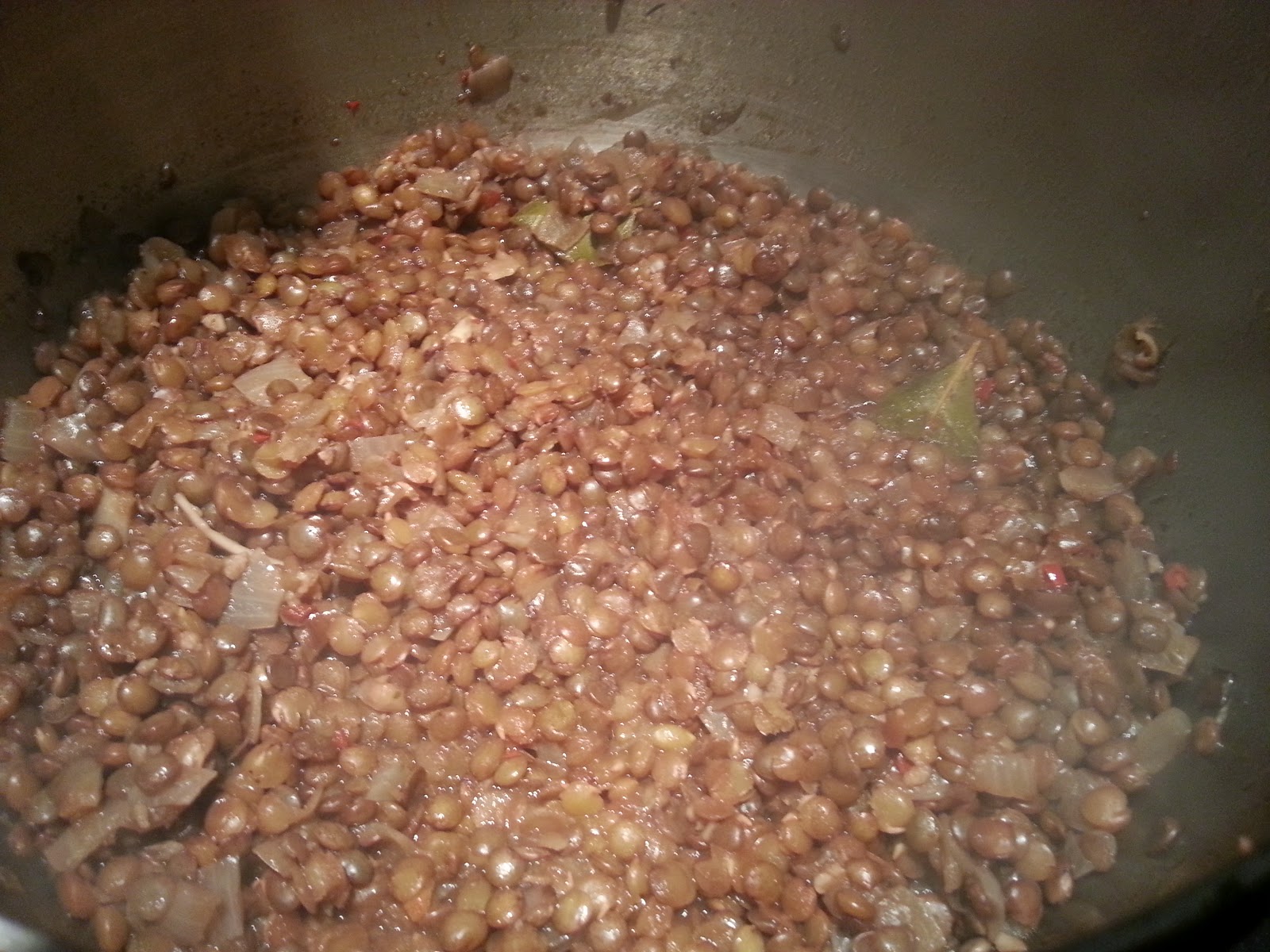 Side note: most people discard their poaching liquor, but I quite like it, and will sup it like a soup, or use it in a frittata, as I have done for our pre-theatre picnic today. There is always another use, and often things that have been cooked before are the most flavoursome and just incredibly delicious. 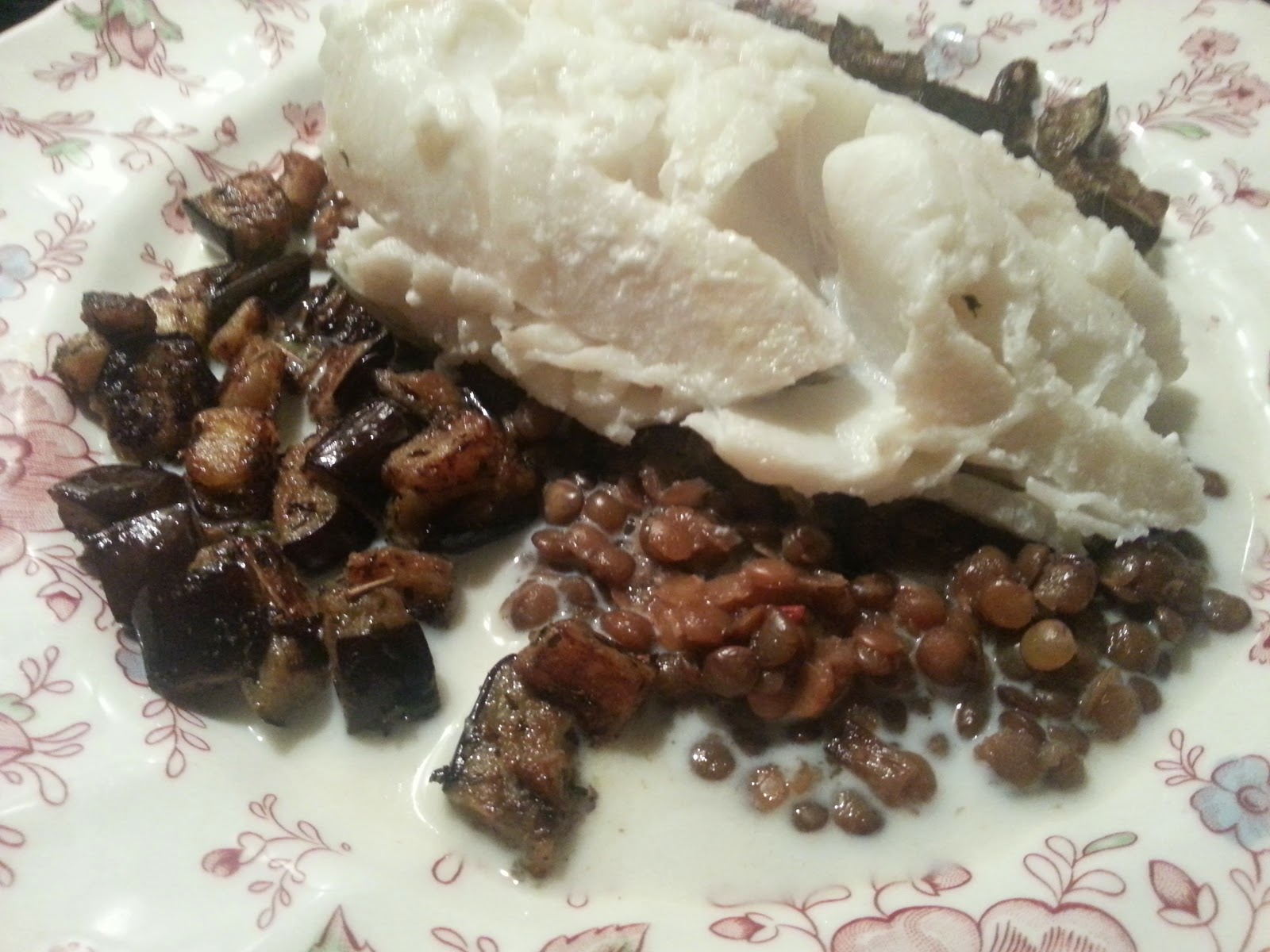 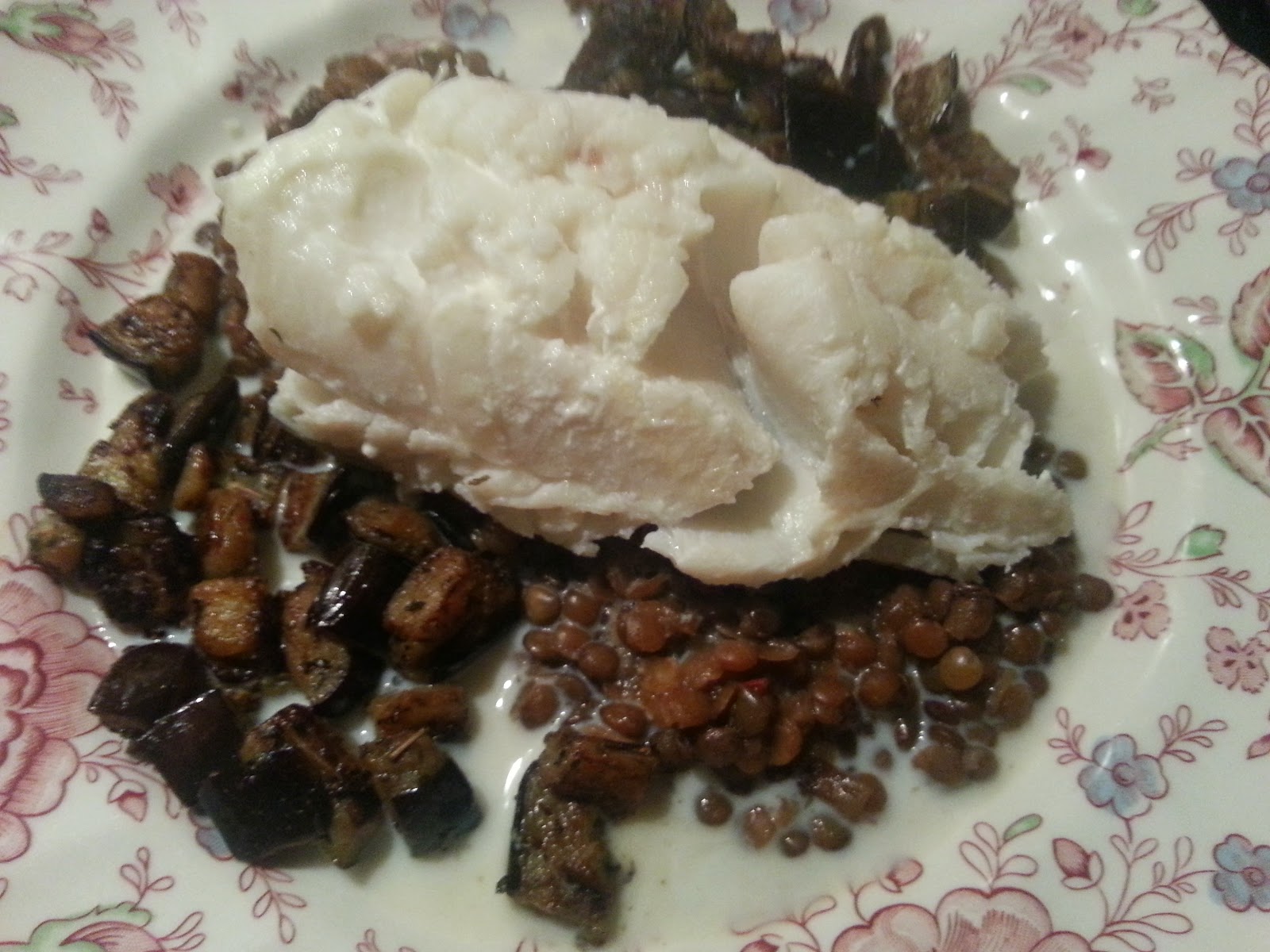 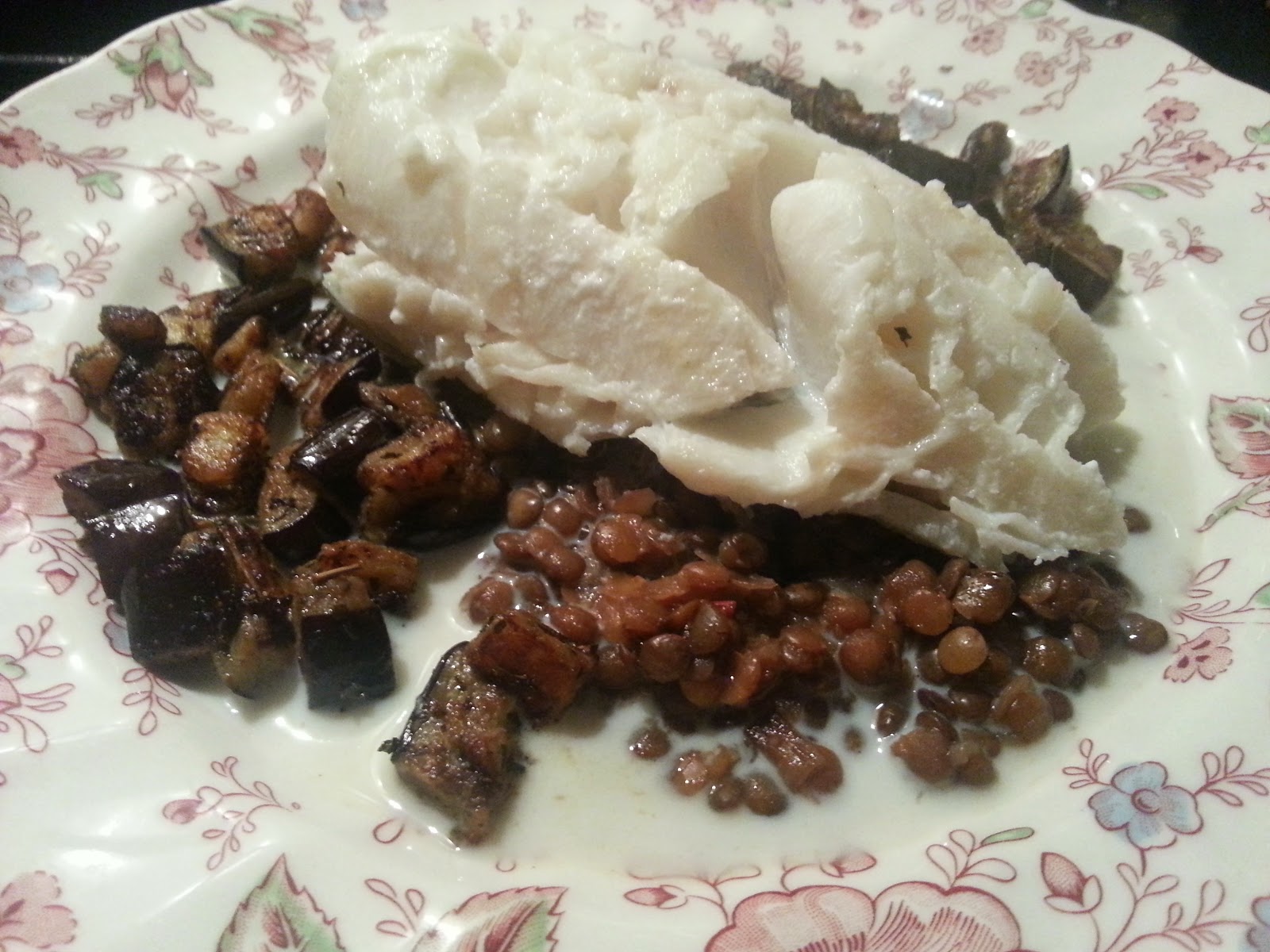 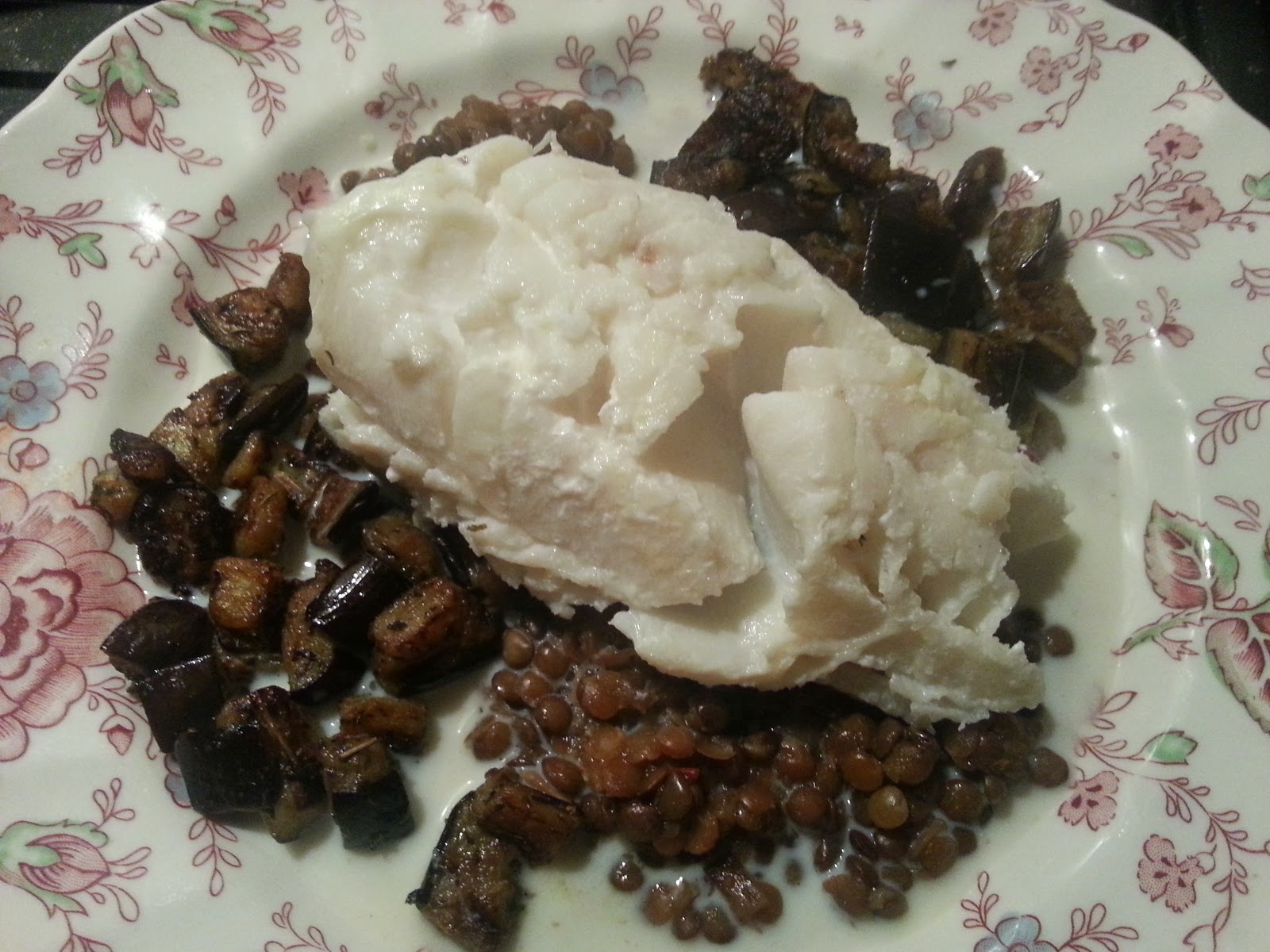 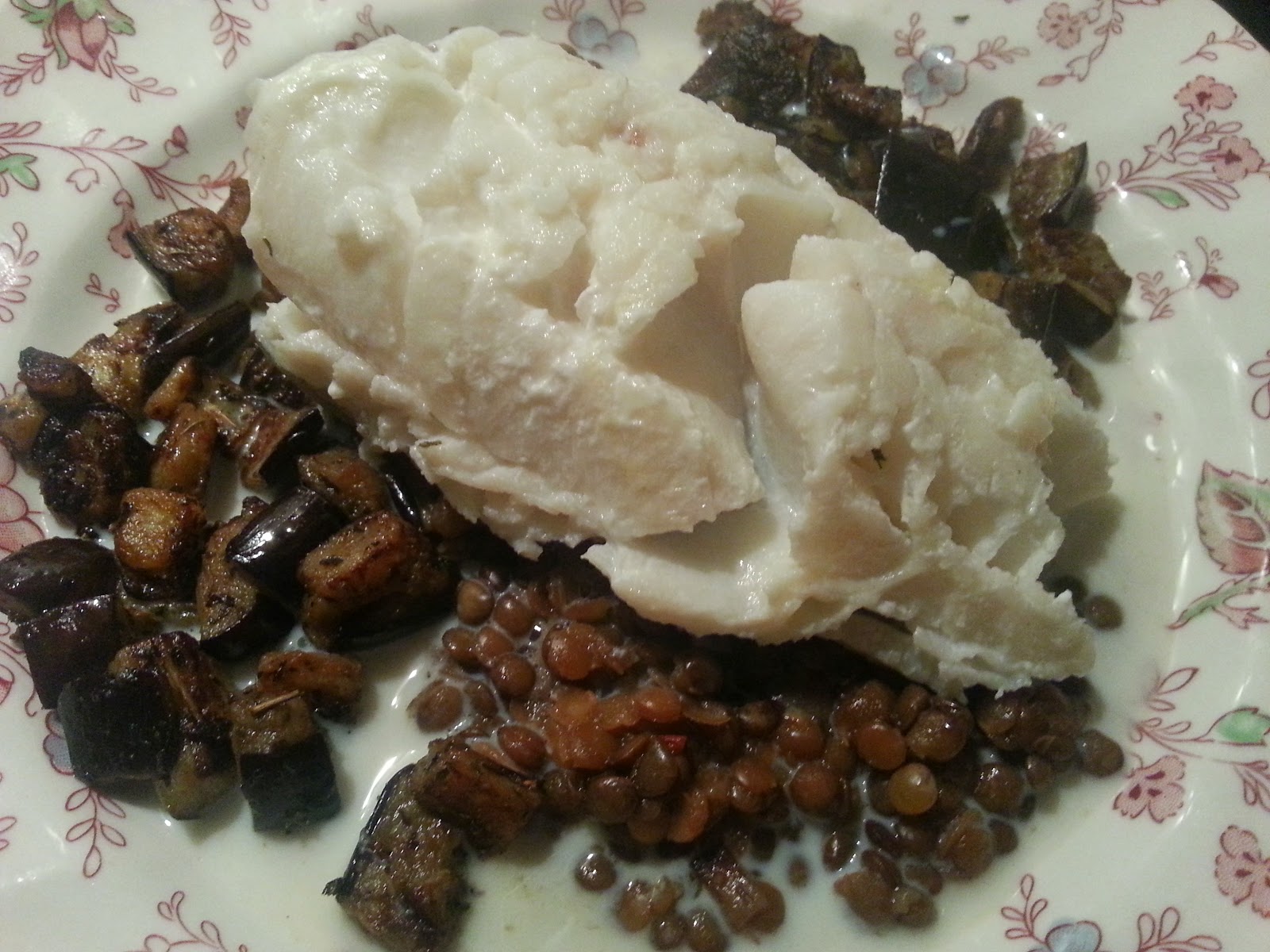 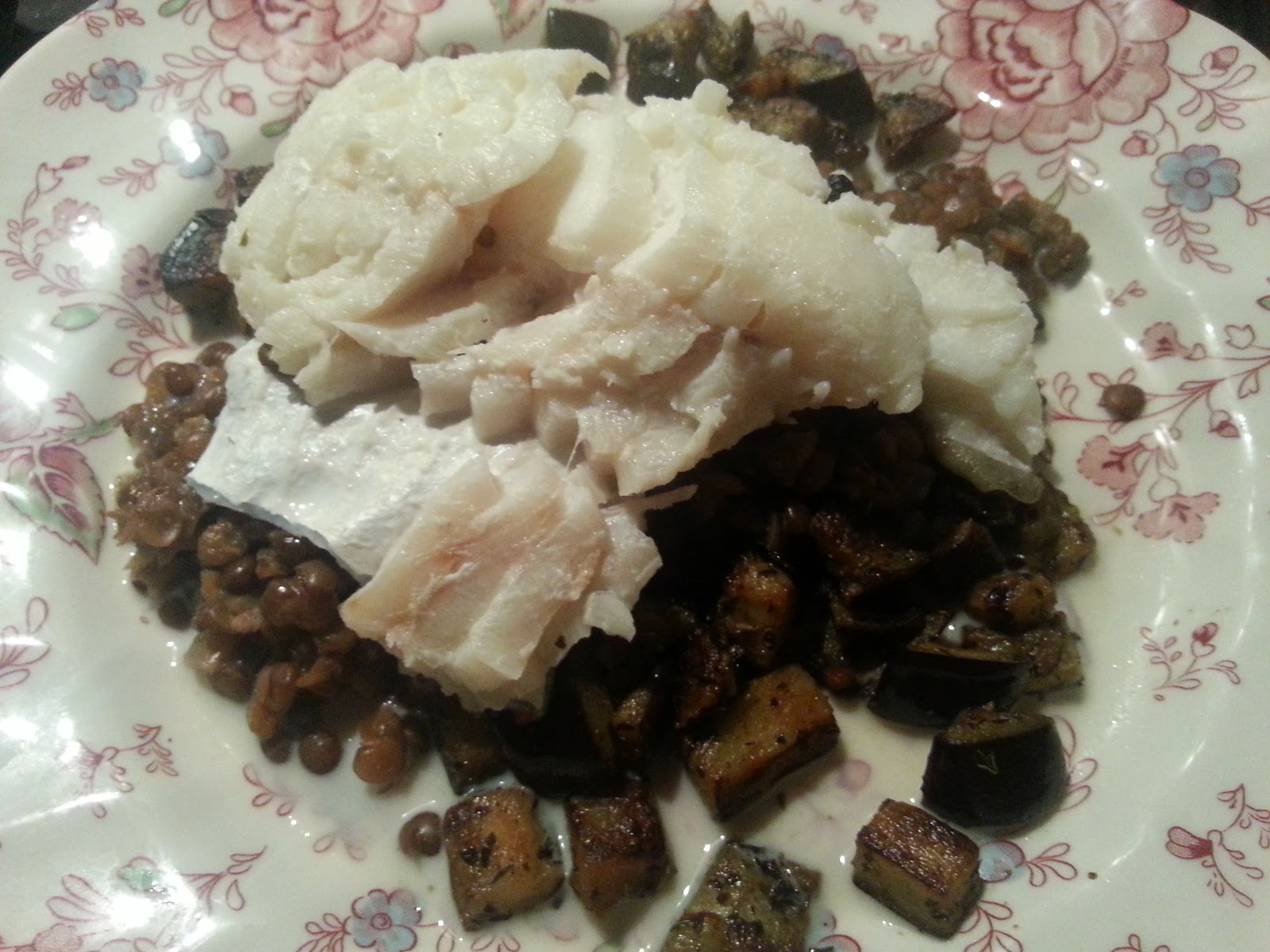 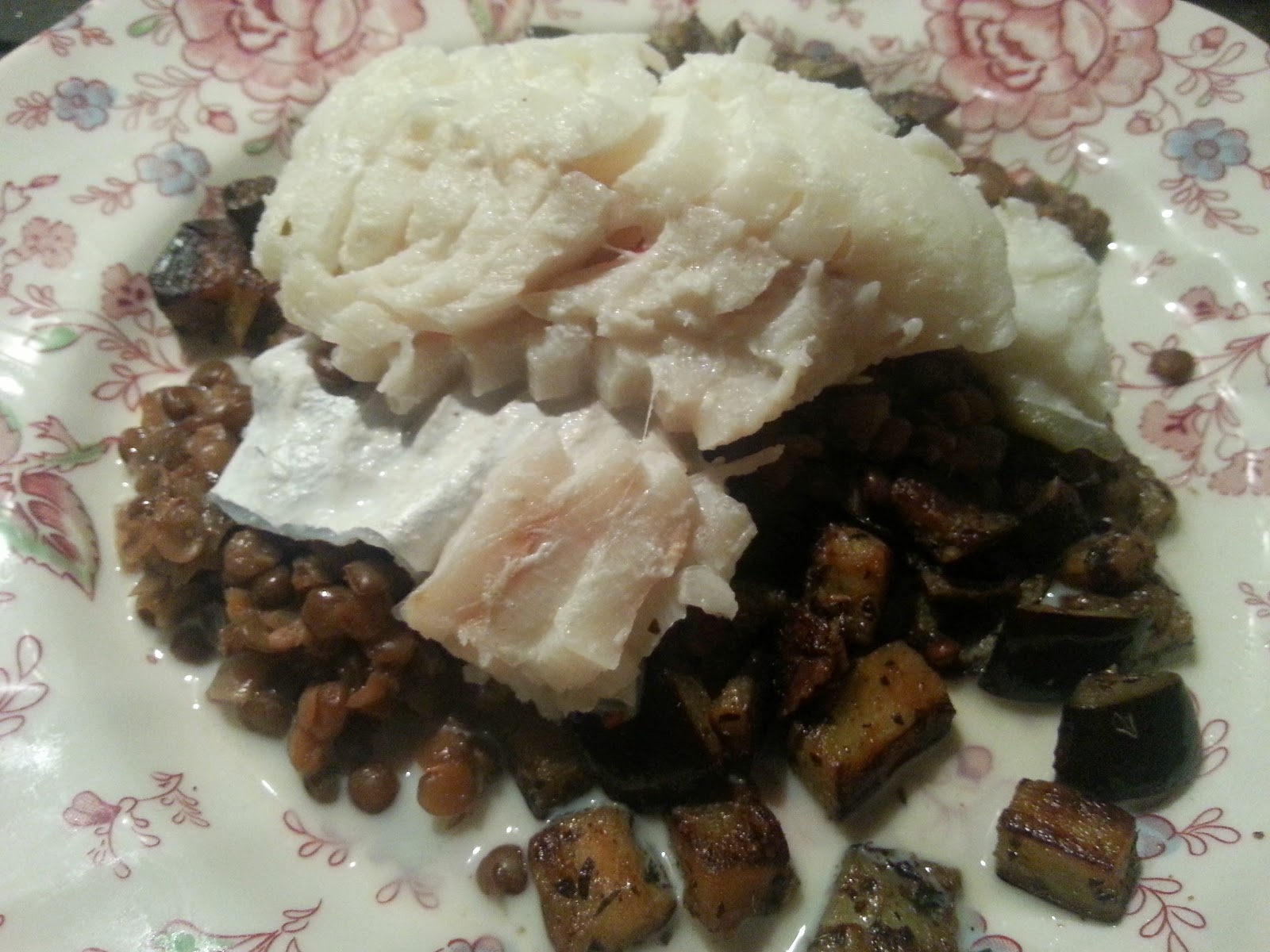 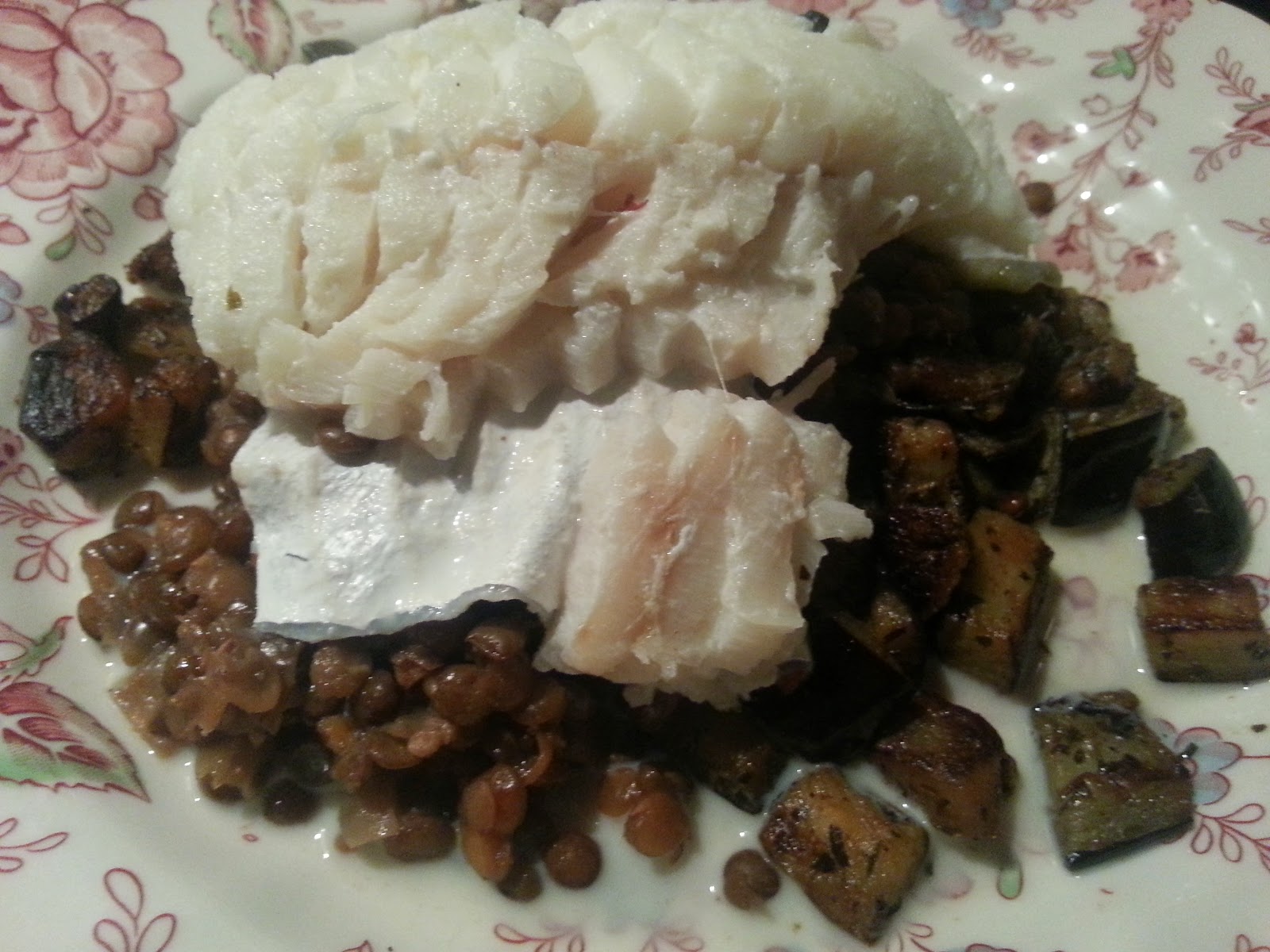 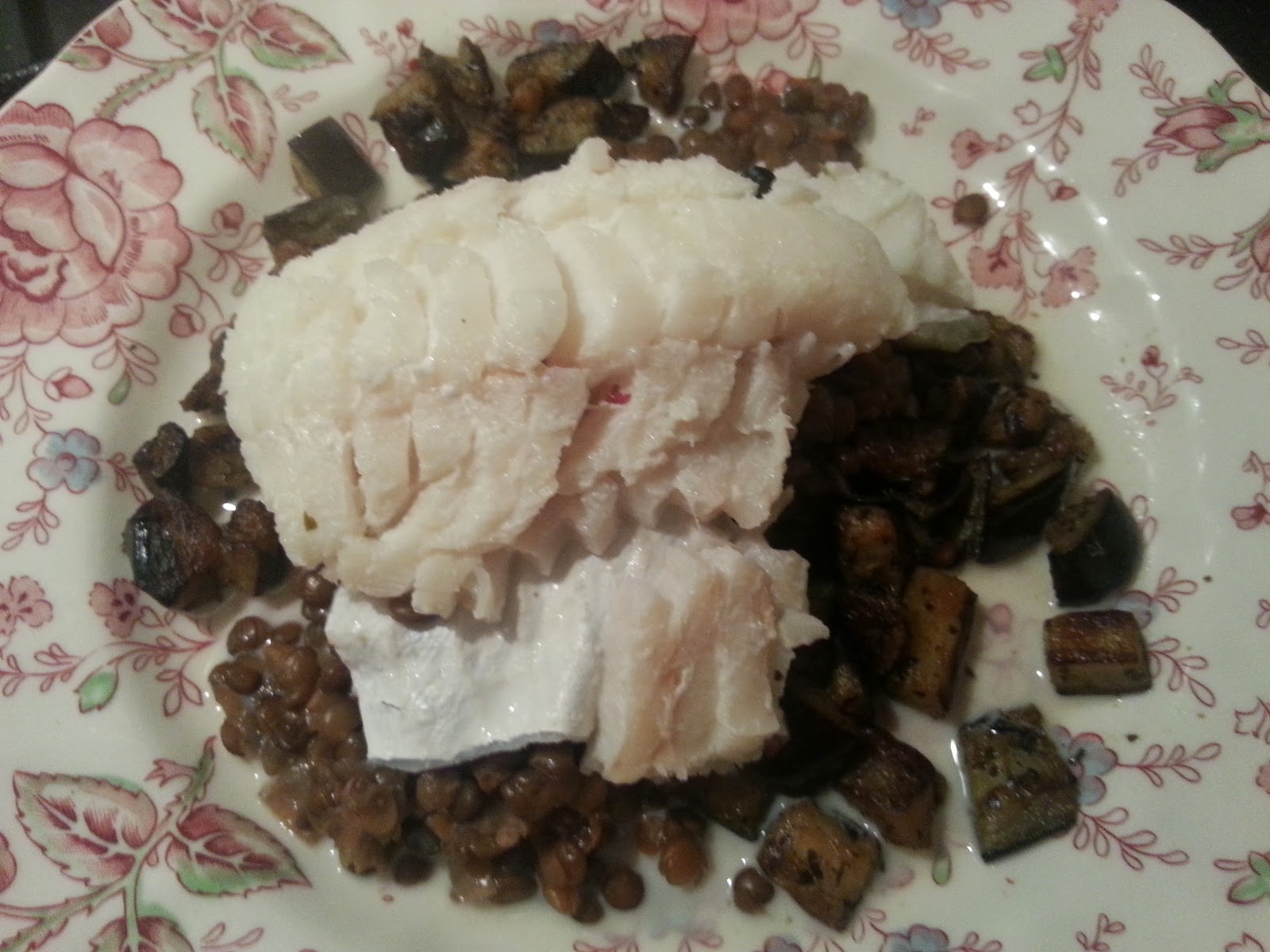 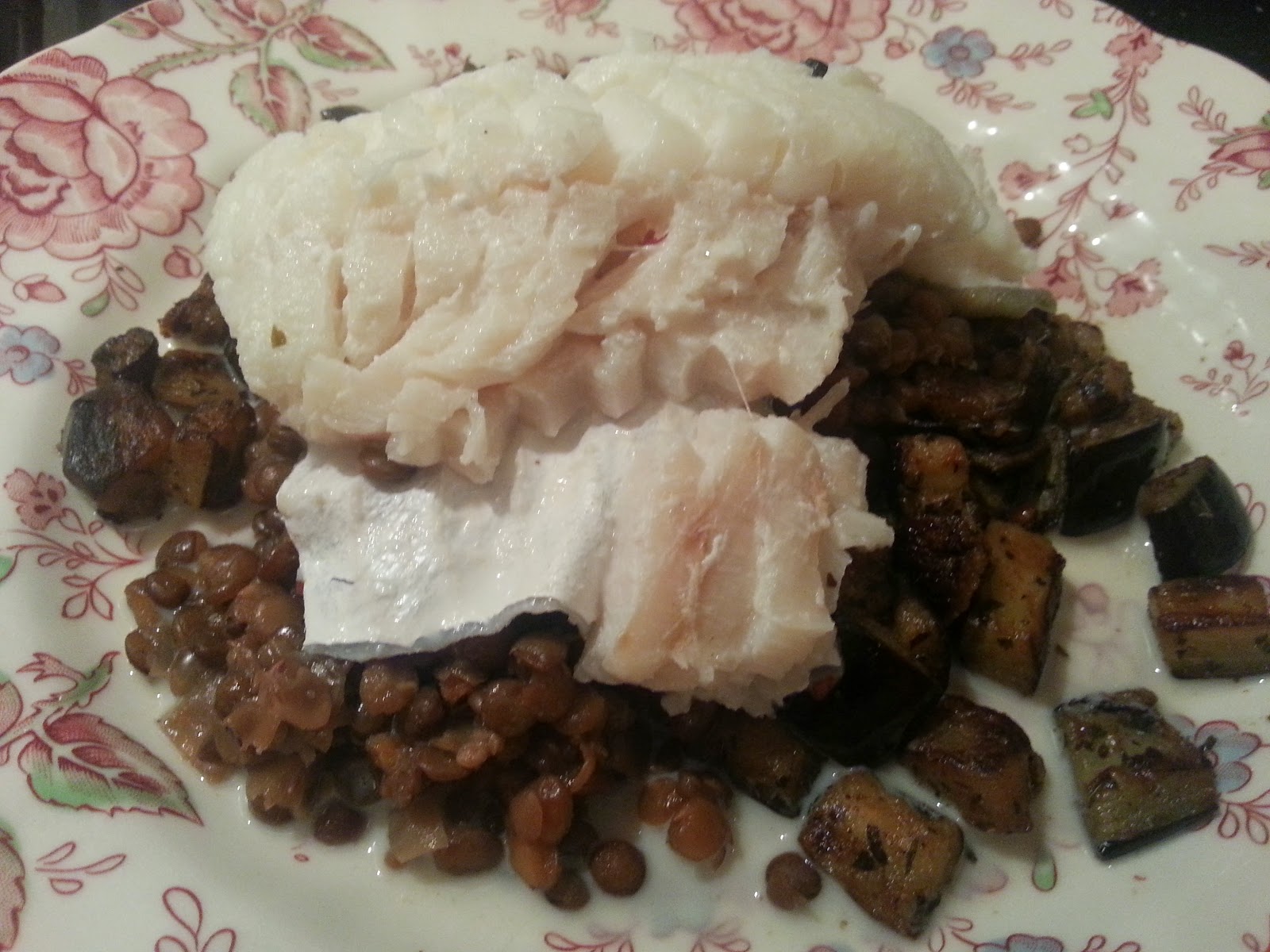 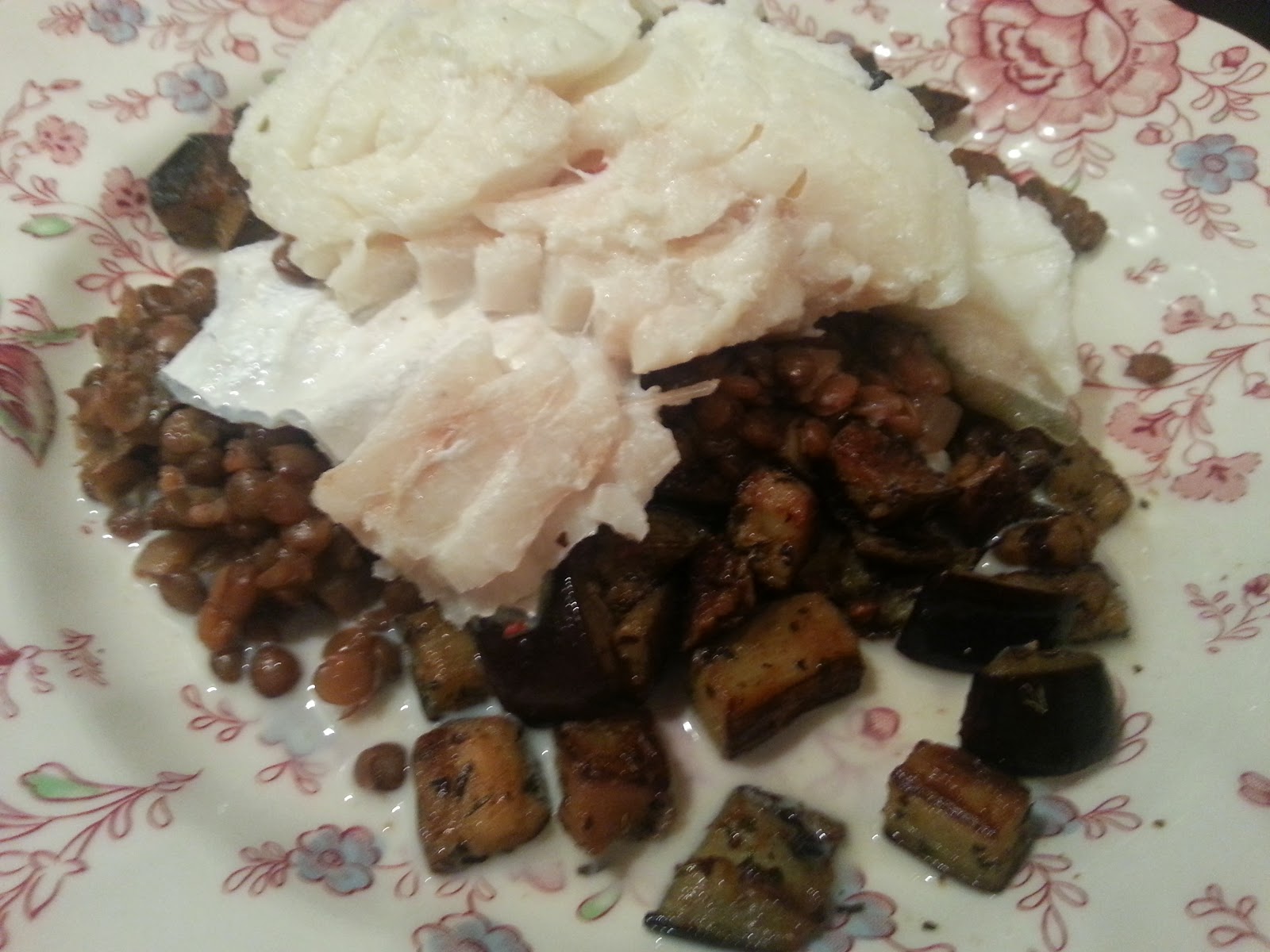 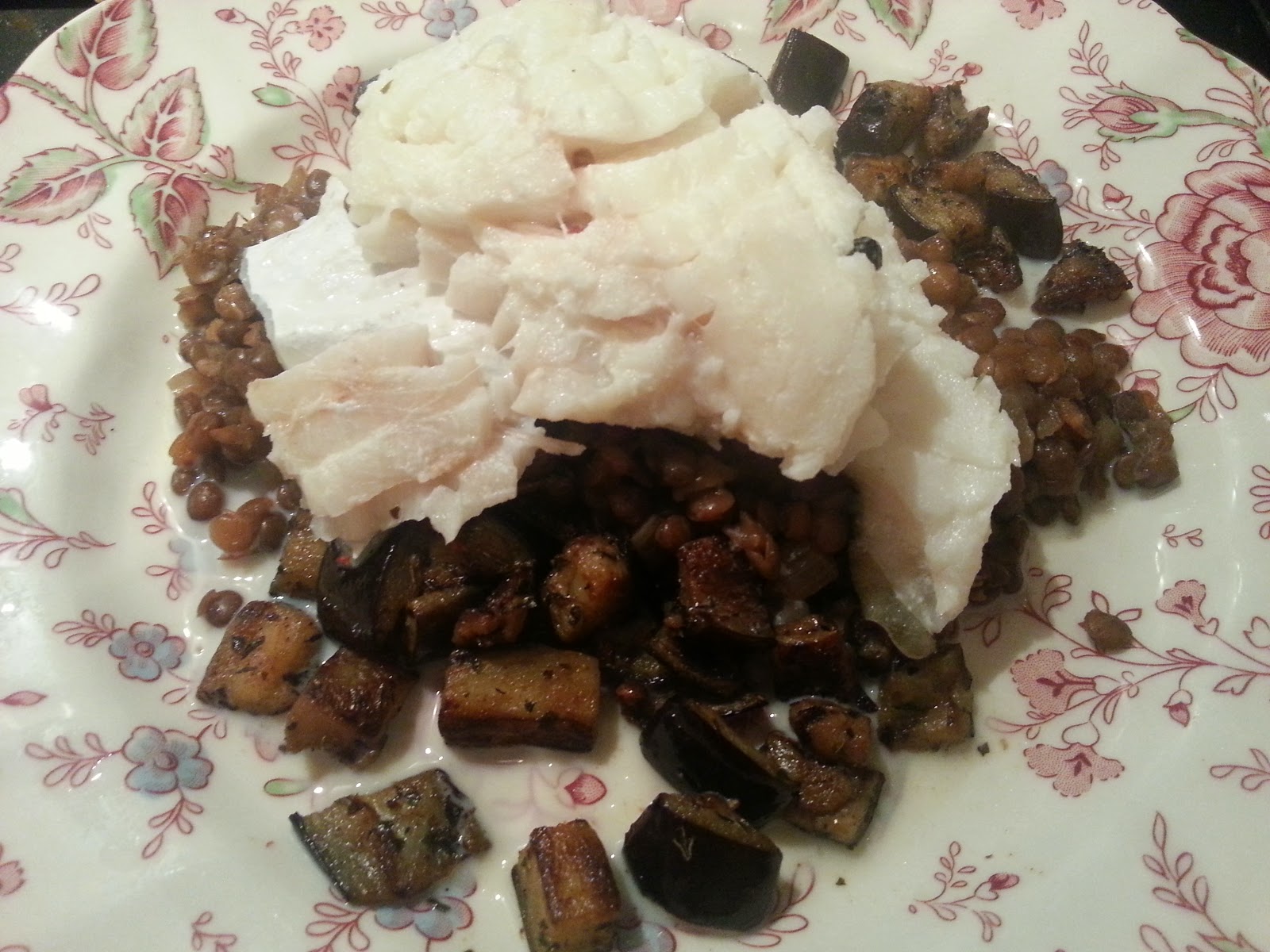