Last weekend was my dad's birthday and not knowing what to buy a 63 year old, I decided way back in early 2016 that I was going to take him to the Crystal Maze. Good job really, as the weekend tickets sell out well quickly - it's the most organised I've ever been! Half of our team was over 60 and we all had an amazing time being a bit ridiculous and reliving our youth - even if our host, Babs, did rename us from Plan B; The Expendables to The Crystal Maze Gone Wrong. We were even announced as winners for about 10 seconds, until we were disqualified as Massive Munch's dad had been caught by Mumsy scooping golden tickets off the floor of the dome. Naughty!

Anyway, all of that excitement made us all rather hungry adventurers and we wandered up the road to Pho, where most of their dishes are gluten free and a good chunk are also vegan, which was exciting for a group incorporating 1 gluten and dairy free diner, 1 vegan, 1 gluten free vegan and 2 vegetarians - including brand new veggie, my dad! I was surprised, but incredibly pleased to hear that mein vater is now trying the veggie lifestyle. I'm going to stuff him full of vegan food until he pops!

The menus came out and I opted for one of my old faithfuls, summer rolls. I was then immediately jealous of my sister's crispy spring rolls and wished that I'd had those instead, not that the summer rolls weren't delicious, but some crispy, deep fried comfort is always a weakness. Having had them in my head all week, I thought I'd give them a go at home myself. Mine are crispy, but not quite as crispy as I'd have liked, I think I need to get some vegetable oil in, as I always tend to fry in either coconut or sesame and never have any deep frying oil in the house. They also seemed to go from pale to burnt looking without much notice or reason, so I was a bit cowardly and probably took them out too soon. They're really tasty though, and you should definitely do the slaw, as I've never seen Massive Munch ask to finish off a bowl of raw cabbage, but he did! I look forward to his raw garlic, vinegar and cabbage aroma waking me up in the morning.

So, these are my Vietnamese style crispy spring rolls. The only change I'd make would be different and more frying oil, but I see these becoming a firm favourite in my repertoire. They're incredibly cheap and easy to do and would make great party food picky bits. Think I should knock some up for Christmas nibbles. 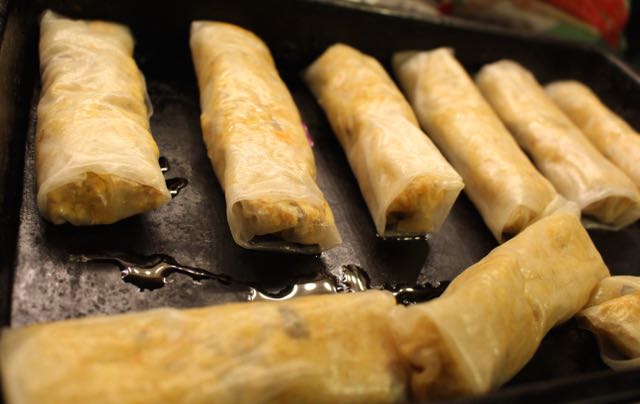 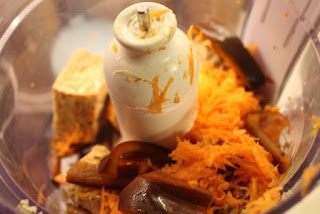 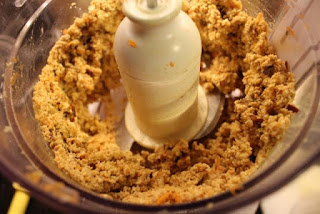 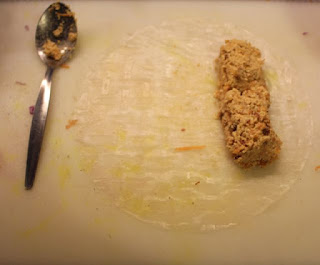 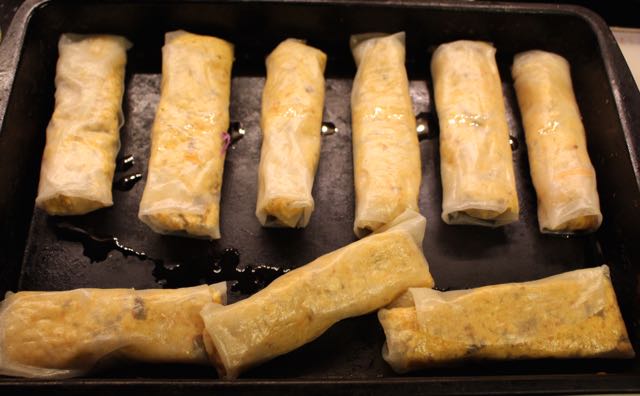 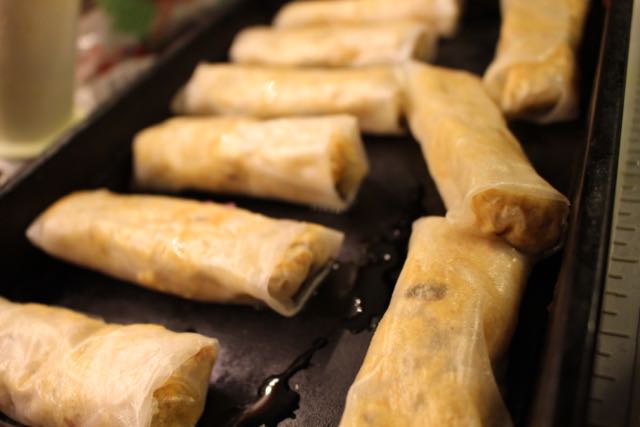 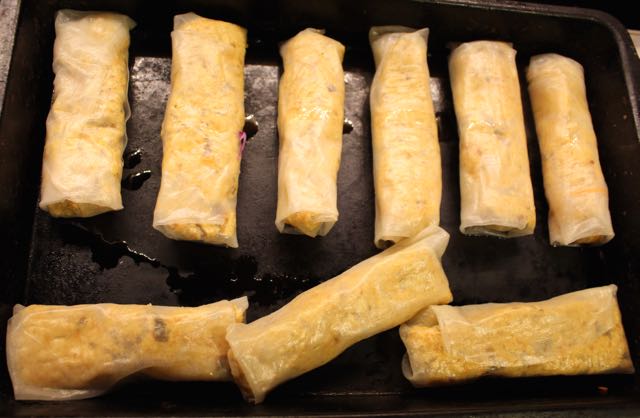 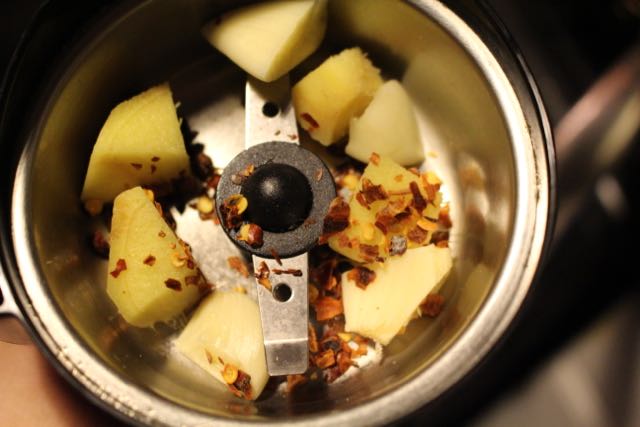 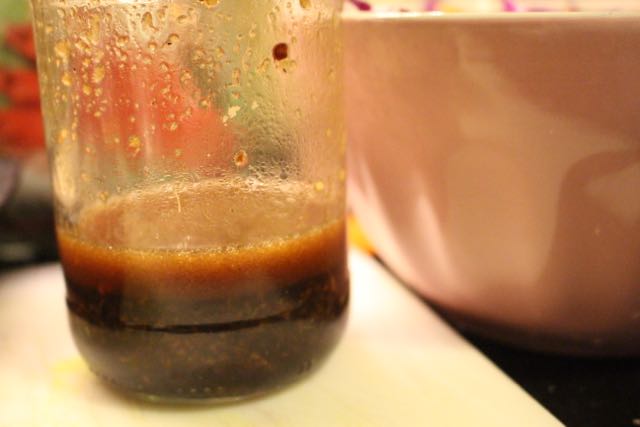 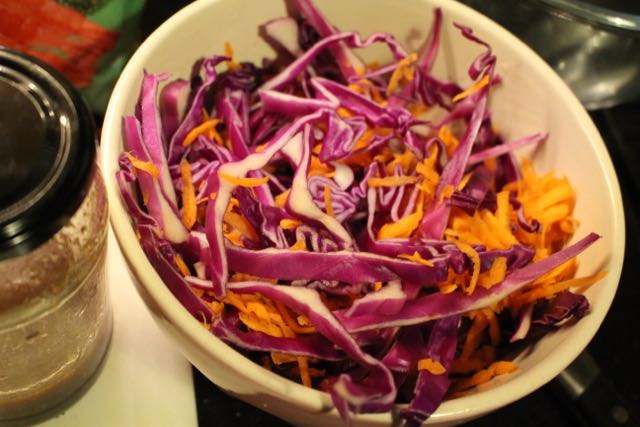 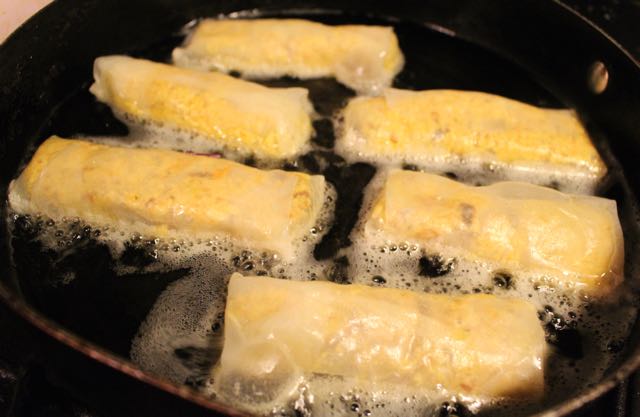 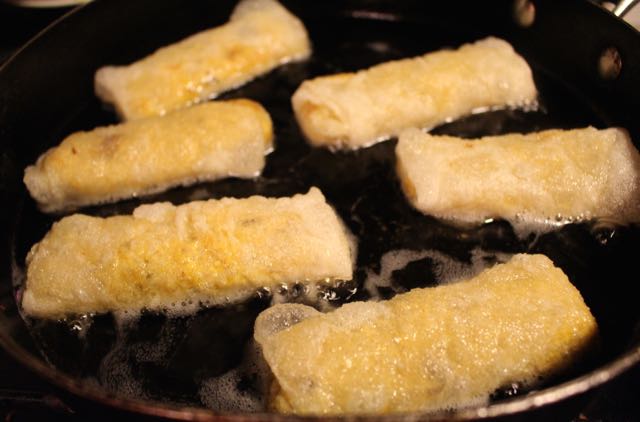 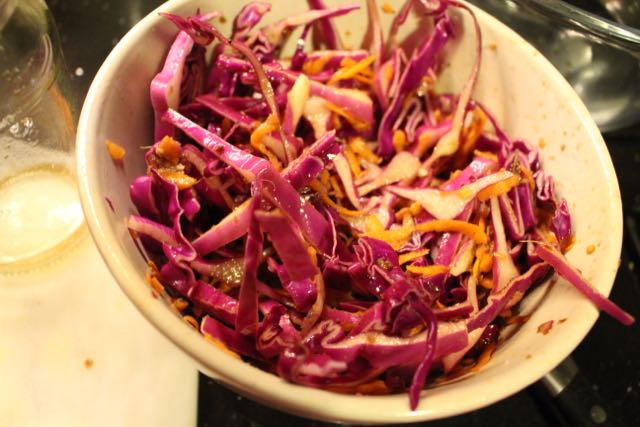 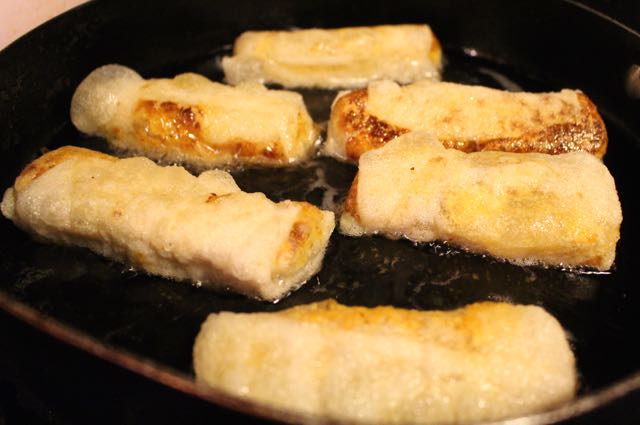 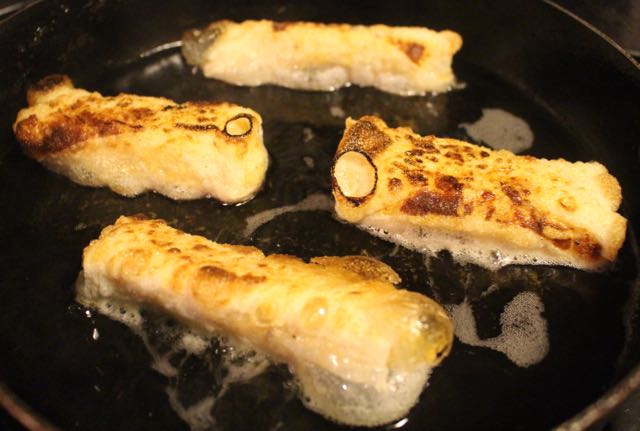 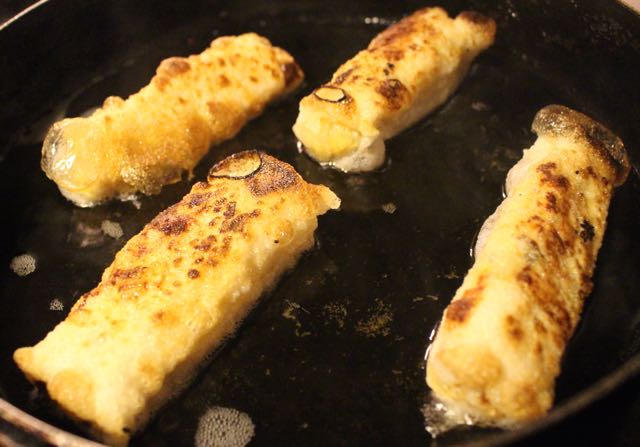 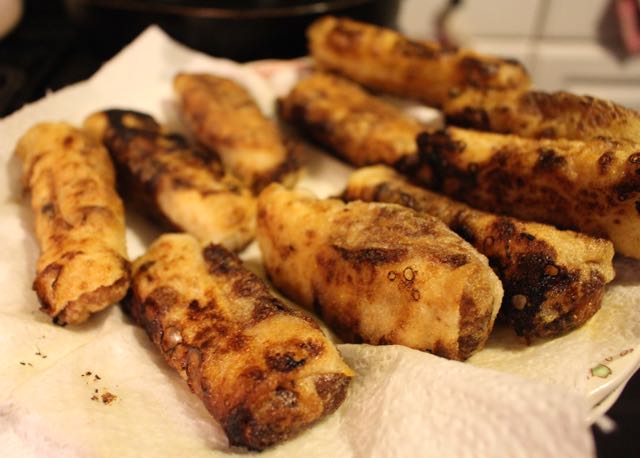 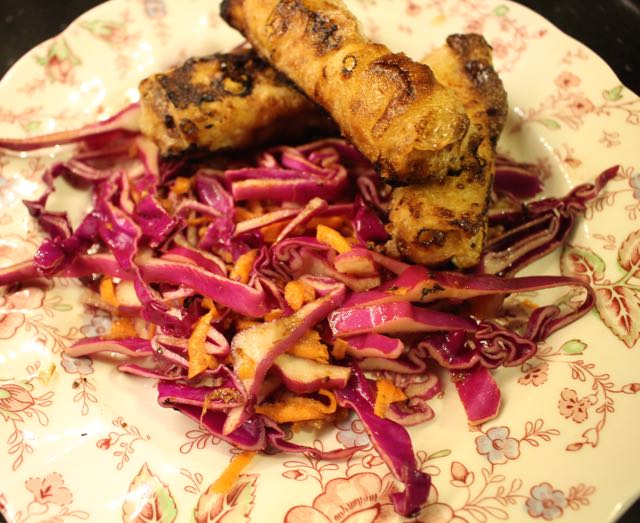 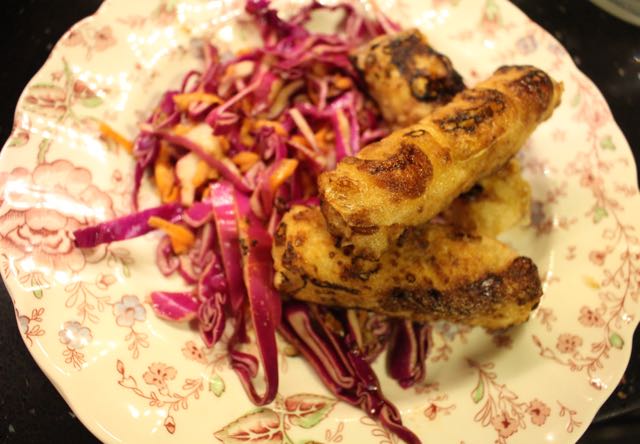 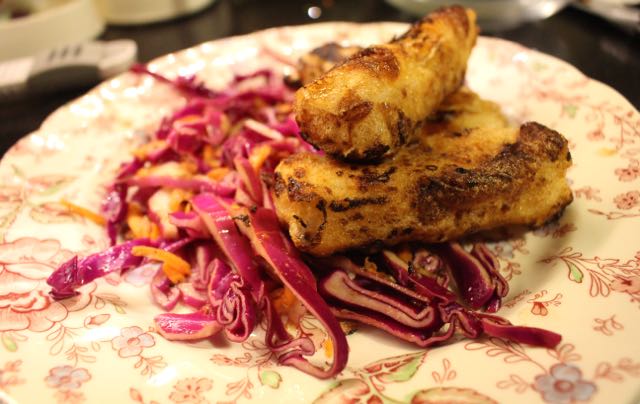 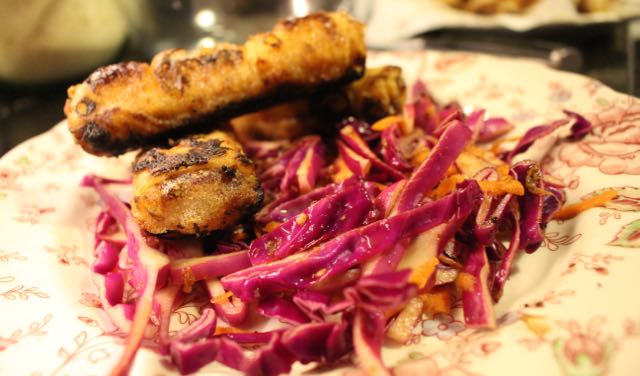 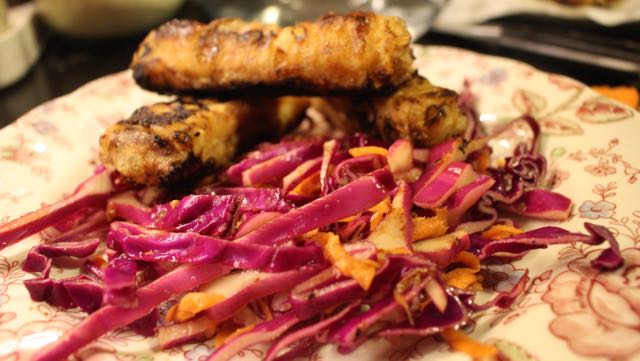 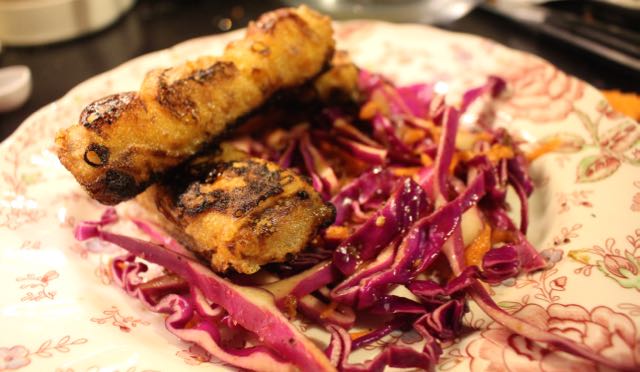