So I wasn't sure what to do for my fasting dinner tonight. I've currently got a lot of cabbage type veggies in the fridge, but I'm being blasted enough with my partner in crime's own special fragrance right now, so I didn't fancy a wind maker medley. I did know that I wanted fish, but I didn't crave anything too saucy (wink, wink!), or just a grilled or baked fillet, so I finally settled on making a fish cake recipe to fit the 500 allowance.

These actually felt a bit naughty and indulgent due to me associating fish cakes with stodgy potato and breadcrumbs and deep frying, but they're not at all. They were however plenty filling and I'm still content now, despite it being served 3 hours ago and only accompanied by salad and a small handful of swede chips. Oh, and a lemon yoghurt dip.

Again, if you wanted to make this vegetarian, take out the tuna and replace with 2 more eggs, or a few more beans (don't blend them all and it should yield a better texture), or maybe even tofu or lentils. I've always liked veggie burgers, I sense a new recipe coming soon.

You could also choose to season it differently, I like the combination of tuna, coriander and cumin, but choose whichever flavours spice up your life. Although, I think if I made it again I might leave the egg out of the cake mix and just serve half a boiled egg with each plate, as I love eggs and kind of wanted fish cake and an egg.

So for your munching pleasure, here is my recipe for 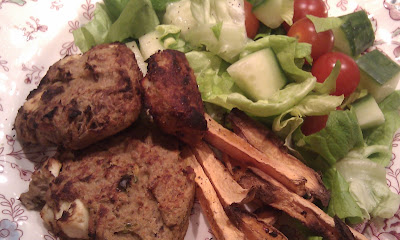 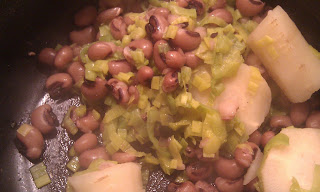 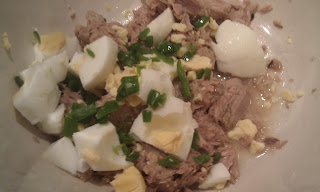 So who's been trying the 5:2 diet? What's your favourite low calorie recipe? 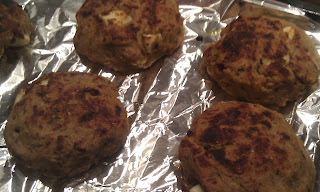