Better Than A Mushroom Risotto

Better how? Quicker, easier, less heavy starch meaning that I can eat more of it and not feel bloated and stuffed. Two massive helpings and I still feel fine. Virtuous almost. Yup, that's not a familiar feeling. It's going to bite me in the arse, isn't it?

Well, it'll be worth it, this is a beautiful meal. So good in fact that I felt I couldn't tell Massive Munch about it for a few days, as he had cold courgette on dry bread at a work event the same evening. Mentioning this tasty offering would have been too much of a slap in the face. Sorry.

Hopefully it's over it now, as this is worth sharing.

So, this came about because I had some mushrooms to use and I quite fancied mushroom risotto, but in an attempt to look less like Ms Pacman, I am trying to ease up on my heavy starch intake. Plus I'm well lazy and risotto takes much more effort than quinoa to cook. So this result is winning all round. I still admittedly ate enough for 2 greedy people, but I'd have done that if it was rice as well, so it's probably "better" for me? Ah, who cares?! It tastes better than your limp & soggy sandwich and is incredibly quick and easy. It's great - like a summer substitute risotto. It's a winner in my book. Will do again. 4 stars. Smiley face. 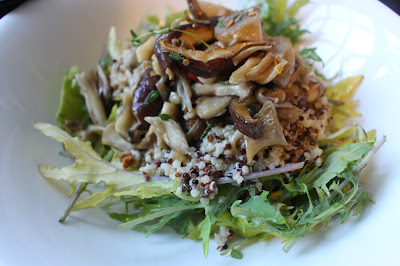 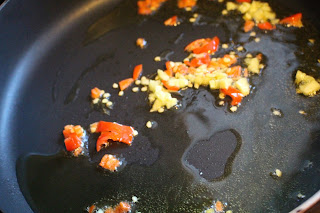 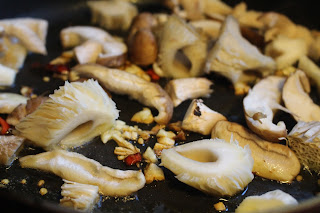 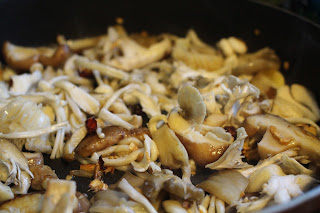 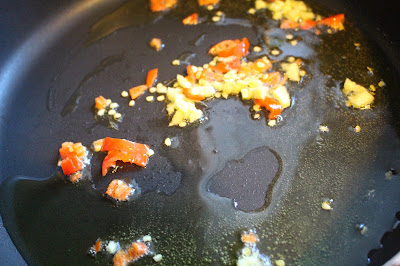 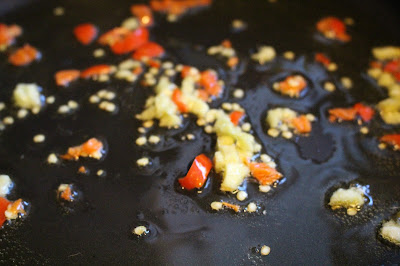 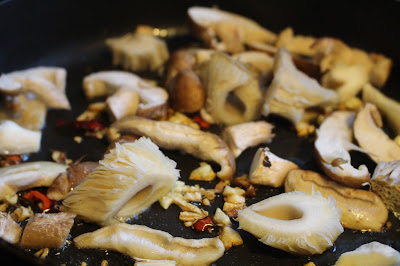 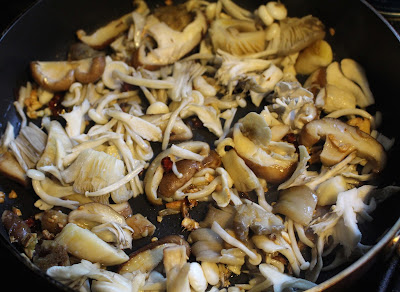 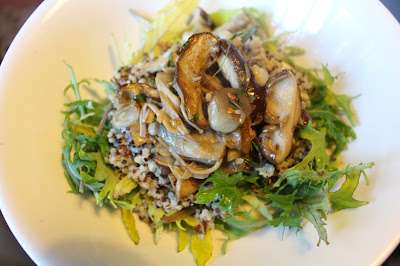 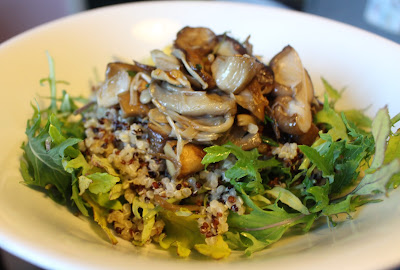 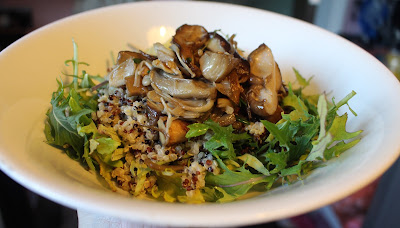 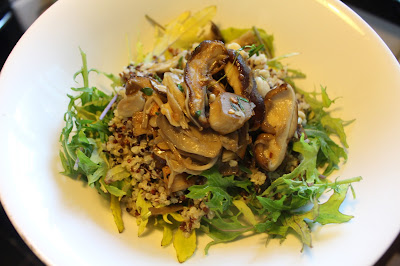