Spice Up Your Life!

People of the world, spice up your life!

Brixton had it's first ever vegan fayre this weekend, and it was a wonderful, tasty, life-affirming day of face stuffing. Hosted by Rambling Vegan Fox at Dogstar-a venue I've not been in for about a decade, but am now resolved to re-frequent- it was a smash hit! (Yeah, that's right, another out of date pop reference...)

Luckily we arrived fairly early so only had to queue a little bit inside to get upstairs and near all of the edible things, but it was shoulder to shoulder inside, things had already started to sell out and the queue outside has started to stretch down the road and around the block. This silly vegan fad has clearly got no legs. Total lack of demand. I didn't even get to see the doughnuts.

I did however get to sample lots of tasty dishes like a dal by Spice Box, some loaded nachos by Mex It Up, and a lasagne by Nuragic. All delicious. We also scored some hand blended spices from Trunahpot and spice pastes from local lads Spiced!

The spice mixes were purchased to help encourage Massive Munch and their sudden onset of enthusiastic experimentations in cooking. MM has been rather getting the hang of things in the kitchen and appears to be enjoying it- I'll make a housewife out of that beast yet...

Anyway, it turns out that Spiced! pastes are also good for when you want a flavourful dinner, but cannot be arse to stand up for longer than 15 minutes, so without having to go to any of the effort of toasting, grinding and blending the perfect amount of spices. so despite them being Massive Munch's project, I got in there first and managed to knock up a rather yummy, quick and easy North African style tempeh and veg pot.

On easing off the lid, the aroma was immediately enticing and the finishing result was extremely tasty. I definitely recommend all novice, time pressed or sofa based cooks give them a go.

Here's my first crack at the crack pot: 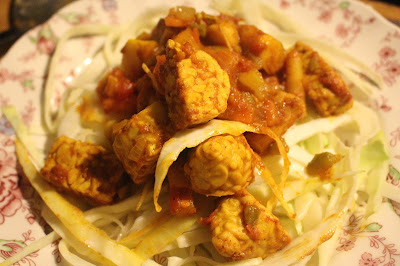 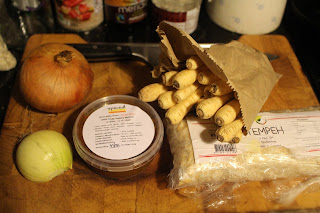 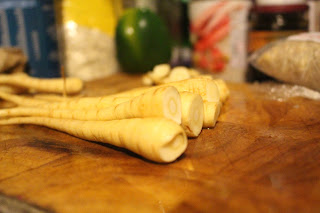 a couple of handfuls of shredded white cabbage to serve (optional) 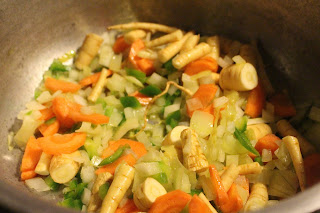 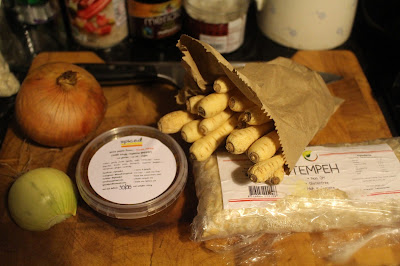 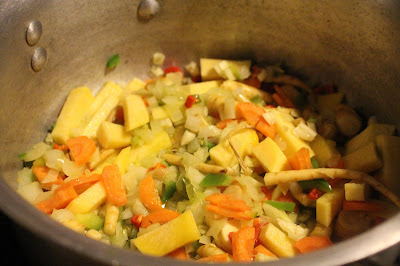 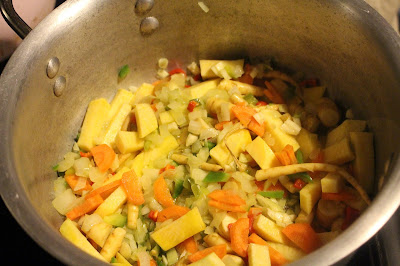 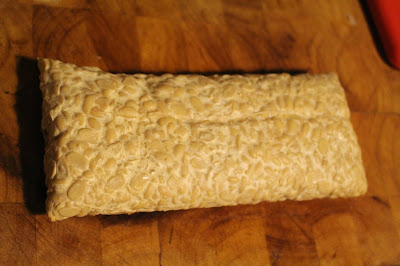 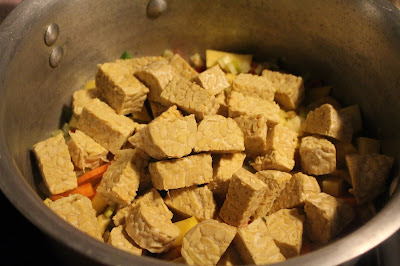 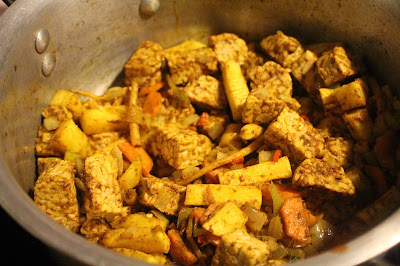 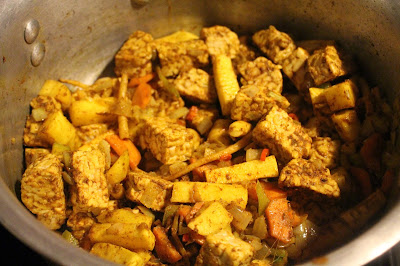 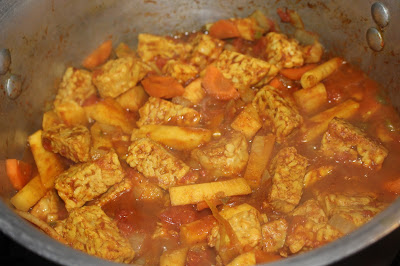 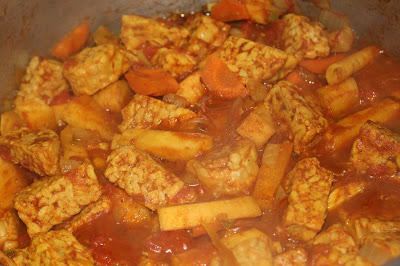 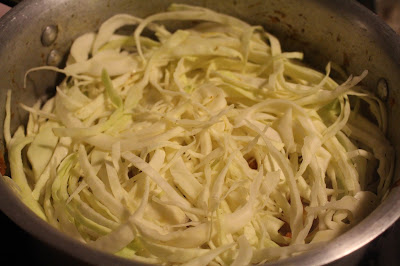 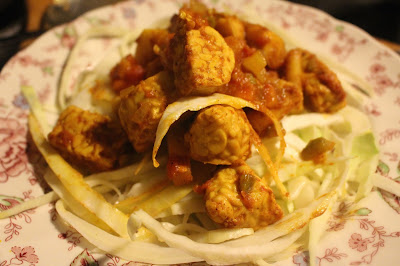 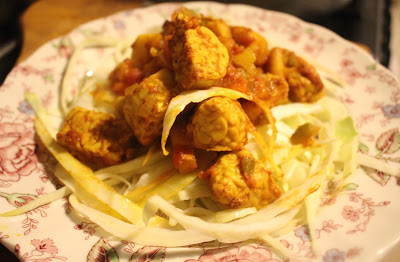 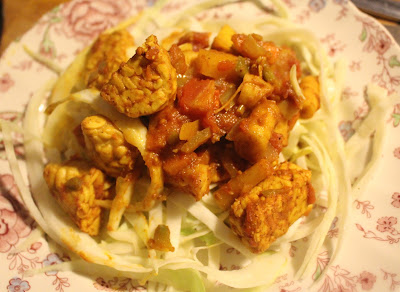 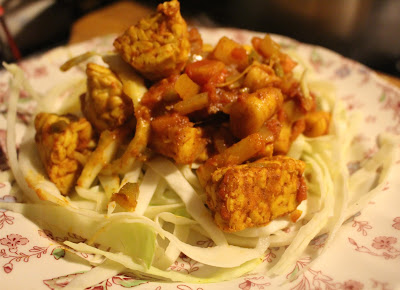