Something weird has happened in the last month or so.. despite being provided with an endless variety of amazing food from everyone's favourite food blogger, I have found myself in the kitchen actually attempting to make dinner. And I've had a reasonable amount of success. 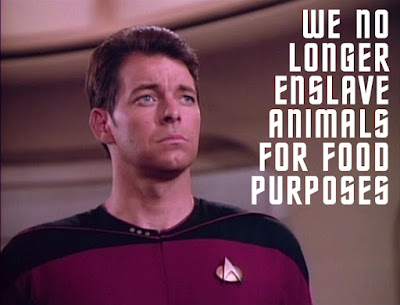 Strangest of all; I've even been enjoying it. Apparently chopping veg, slinging it in a pan and then adding some kind of sauce is so easy I can do it while watching Star Trek on my laptop. Why didn't I think of this before?! Boyfriend points earned, nerdy proclivities satisfied and I've produced a plate of yummy food with a side order of
personal achievement. (EK: I can't believe you're watching Star Trek from the beginning. Again.)

Today we pushed the boundaries. Up to now I've just been frying chopped veg and adding hot sauce. But after seeing a video online for some black bean burgers I decided to give it a go; this time I had to chop some veg, add some sauce (wait for it)... press it in to patties, and THEN fry it.

We even recorded the experience and now its going to be aired on the radio at 4pm today, (edit: podcast available here). WTF. (EK: You should listen just to hear him say "tablespoon". And for the fact it took bloody ages editing out all of the grated finger talk and references to ming.)

This one's for anyone else who thinks they're rubbish at cooking. Well easy, well yummy.

What you'll need:
How to do it: 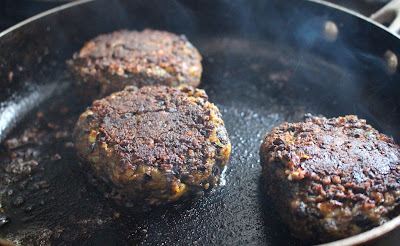 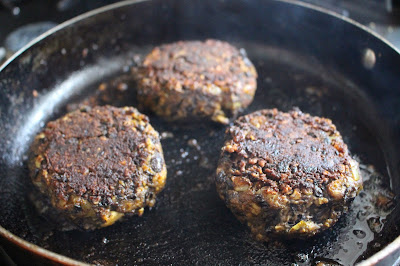 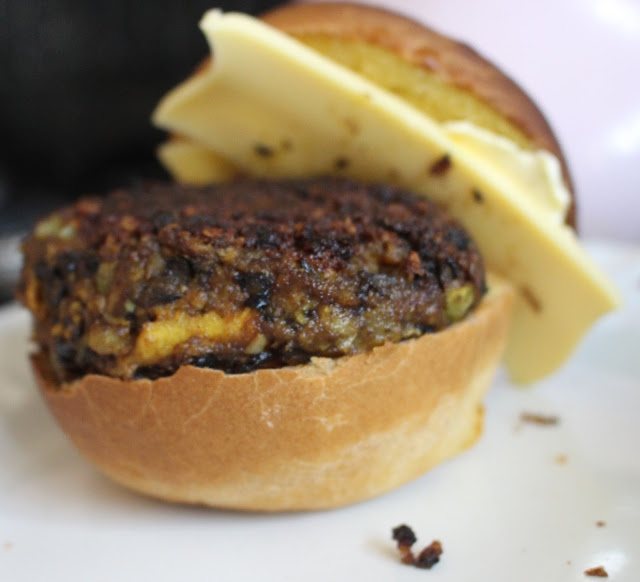 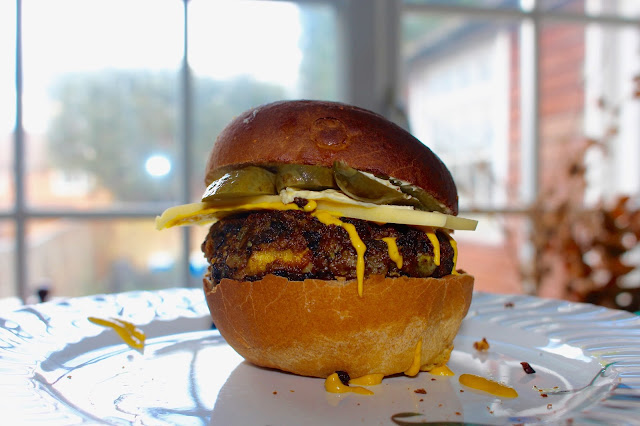 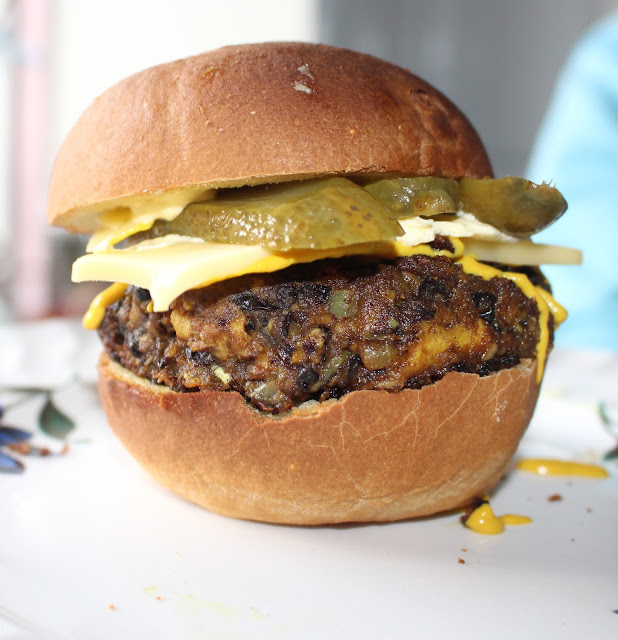 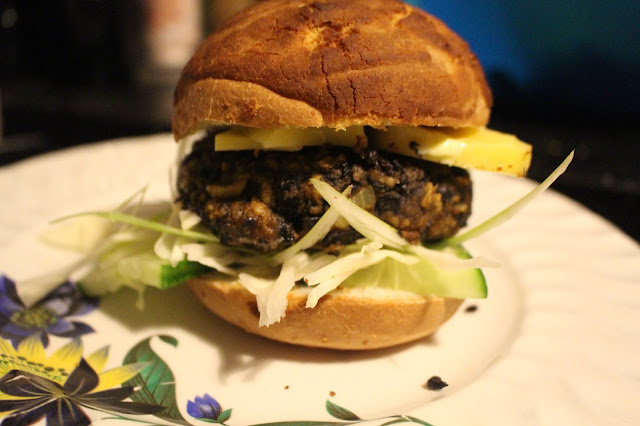