OK, so you've had me doing a fair impression of a jerk, and now I'm going to show you what I had to accompany it.

Now, I'd never even heard of breadfruit before today let alone tasted it or cooked with it. Apparently it's pretty healthy and despite being a real life, bonafide fruit it is generally used as a starch, so in place of potatoes or similar. This probably means that I was partaking in some sort of cardinal sin by serving both this and rice with my Jerky Tempeh, but sod it. It was bloody delicious, so screw your carb rules.

Breadfruit is quite expensive compared to potatoes, but it is huge and goes bloody miles. I spent £4 on half of one from Lewisham market, cooked all of it, both me and Mega Muncher had a sizeable portion on our plates and there's definitely enough left for at least 4 more servings.

It smells buttery when cooking and tasted even more buttery once I served it. I'm pretty sure I overcooked it, but I don't care as I liked the creamy mushiness of it, and as something I've never used or tasted before, I thought I did a damn good job. Well done me. Gold star.

Also, it's skin is kind of leathery and I thought it might make a cool purse, but I'm not sure my knife or craft skills are up to it. If anyone fancies giving it a go, let me know, so I can call you cobnuts.

I used this recipe for inspiration, and tweaked it for my own needs, as we all know I can't follow recipes. 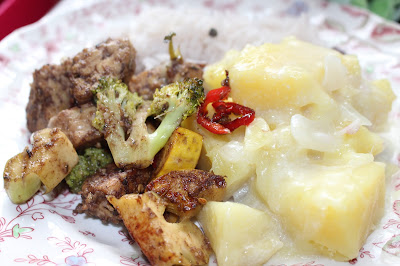 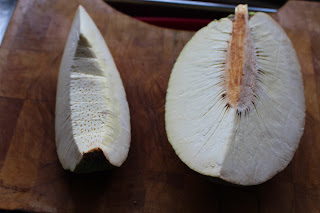 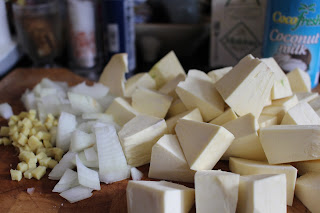 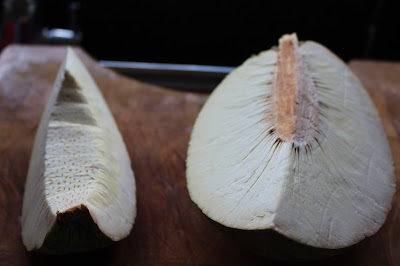 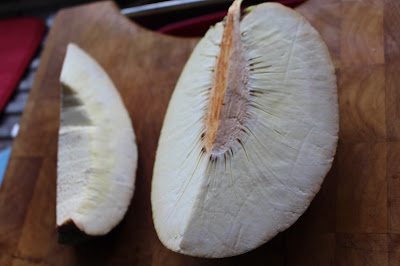 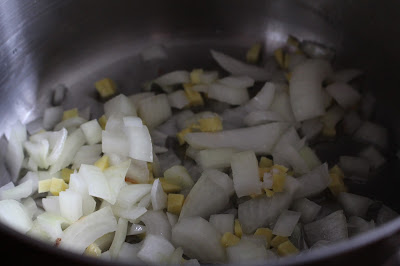 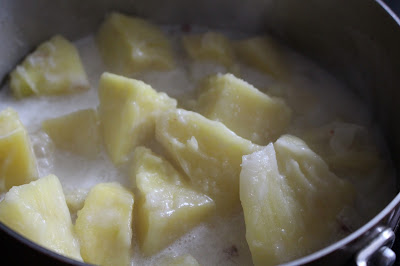 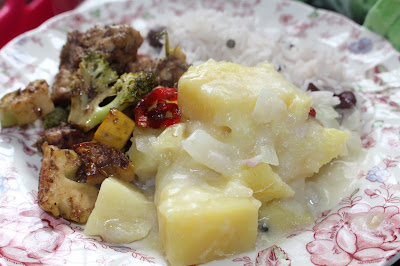 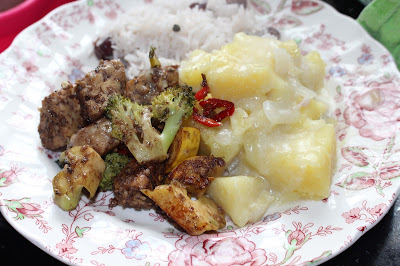 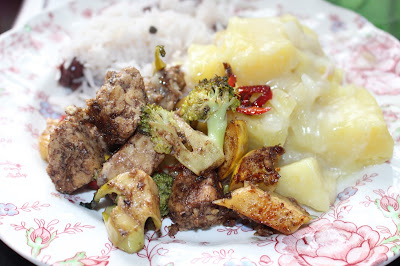