With my face and pyjamas spattered with melted chocolate, at 2 am I slumped down on the sofa exhausted. I'd never done anything like this before, not even in my exploratory youth. I rubbed at the slight ache in my body - a new feeling to me, but it was accompanied by a satisfied glow that can only come from one thing - a successful aquafaba experiment. That's right people, I made vegan chocolate mousse. By hand. At 1 am. Sober. Why? Well, what else do you do at when you're a night owl with oral fixation? Make food, obviously.

It was much easier than expected too. I don't own a mixer, so I used 2 hand whisks, one regular balloon whisk which I alternated use with a pump action rotary whisk, as I honestly couldn't decide which one was better. It took me about 15 minutes of solid whisk action until I was confident that I definitely had soft peaks, but in all fairness, it may have peaked a little earlier than that, but this being my first ever foray into mousse, I wanted to be sure.

I also used my own aquafaba from soaking and cooking dried chickpeas, so please bear in mind that this may make a difference to the stuff from the tin, as mine had no added salt and was really quite thick once I'd reduced it down. It's definitely preferable to the canned stuff, and not as tricky to do as it may seem. Think I'll stop buying canned beans once I've finished whatever I've got here. I also need the cupboard space for all of my new dehydrated experiments now.

Anyway, on with this super easy, super satisfying, light and fluffy, but rich chocolate mousse! I LOVE IT.

Oh, also this made 3 rather large wine glasses plus another almost half pint of mousse, so you could probably easily make 8 smaller, dessert sized ones which may be more dinner party appropriate. 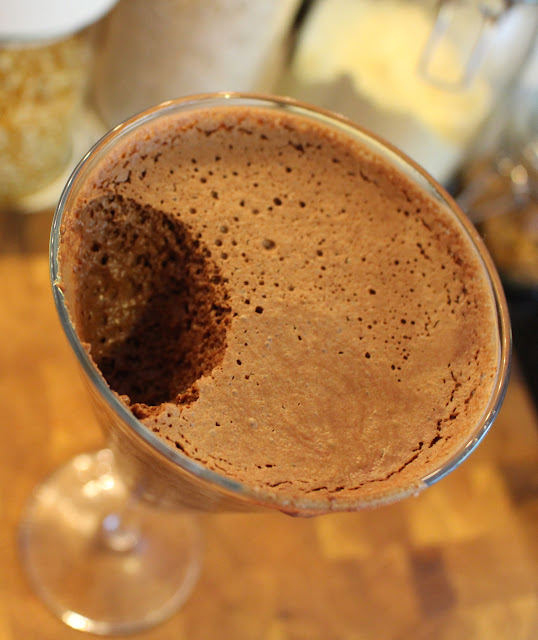 1 cup of aquafaba
1 cup of vegan chocolate, I used dark Belgian drops
a squirt of coconut syrup (could also use stevia or maple syrup, but this is what I had to hand. I'd guess at 1-2 tablespoons)
1 tsp vanilla extract 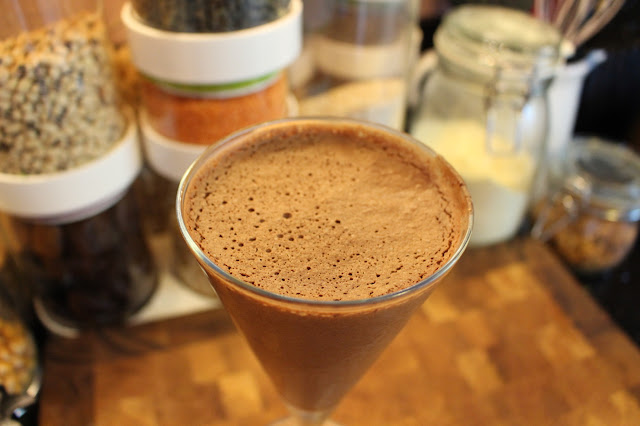 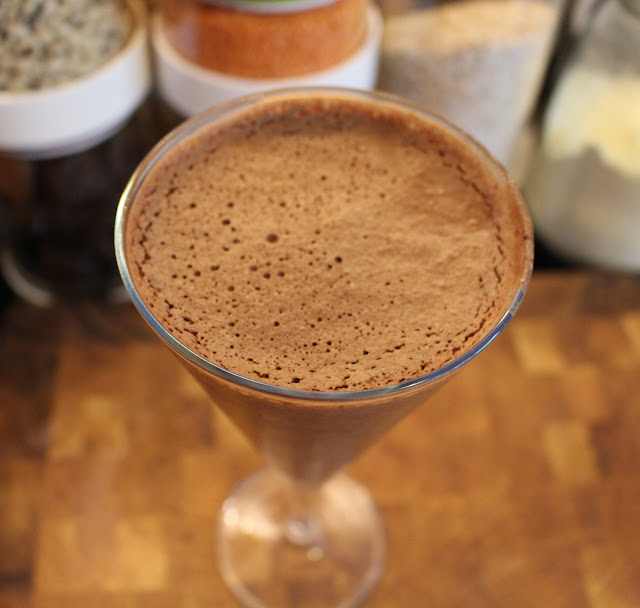 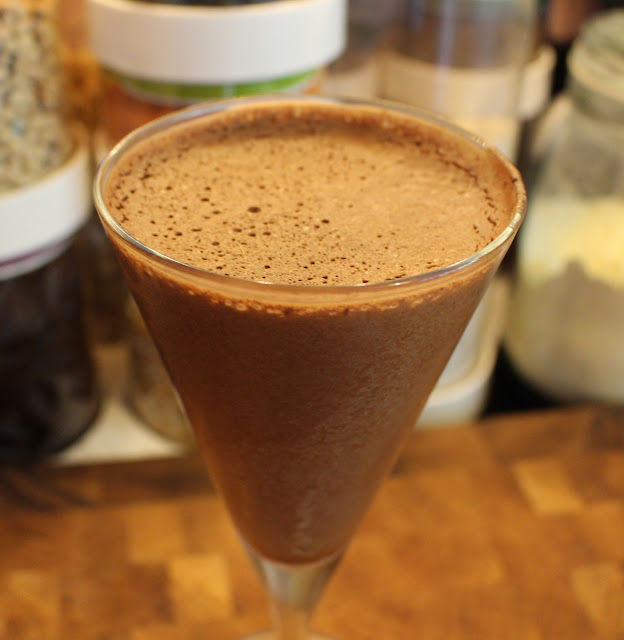 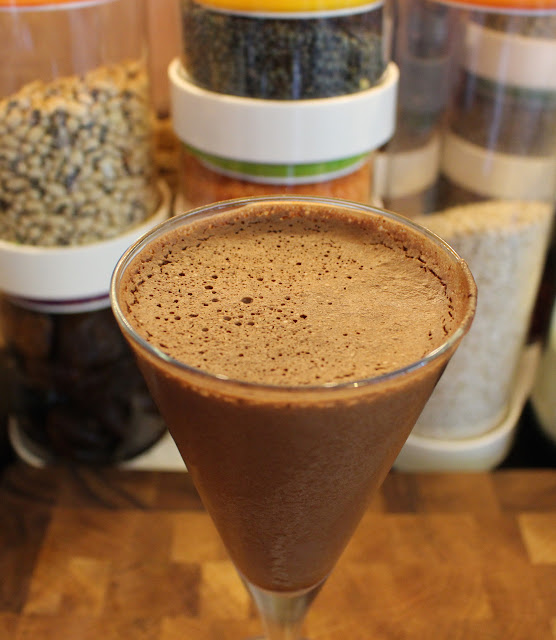 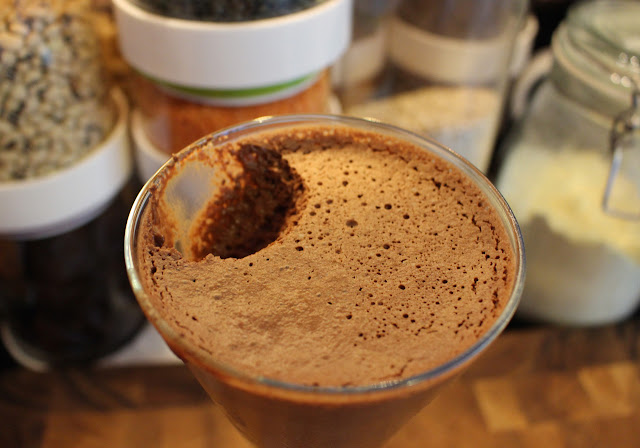 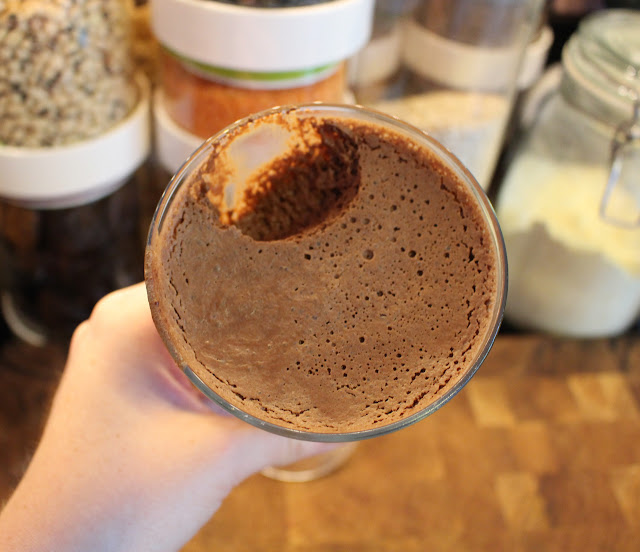