Literally a Plate of Sprouts


So, winter is here! How do I know? Well, my veg box has been mostly sprouts for the past month, which means it's nearly C*******s! Let's get this vile year gone, shall we?

Now, I'm a bit famous for making sprout dishes that disappear before the main event. Basically, I bloody love Brussels and am on a personal mission to make everyone else love them too. So, for tonight's dinner, I literally served a plate of sprouts. As the dinner. There was no hiding them or pushing them to the side, they were the star billing and, by gosh, did they shine! There aren't any left to tell the tale but each little sprout went out in a blaze of glory and surrounded by sounds of satisfied destruction.

Be warned, this isn't the quickest recipe I've ever made, (helloooo! Sprout picking is involved) but it is still well easy, so at least you won't need any special skills to make a dish that disappears down disbelieving diners digestive tracts. Mmmm... alliteration.

Anyway, to add a bit of texture and some salty flavour that the more evil amongst you may relate to the devil incarn-ivores (bacon), I topped my sprout gratin with marinated and baked, crunchy chickpeas. It was the greatest thing I've ever done. Well, today, anyway. 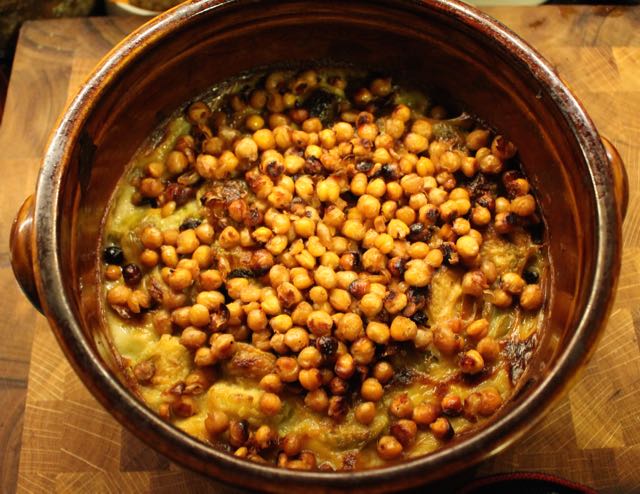 Sprouting Off
serves 2 greedy buggers as a main, more on the side 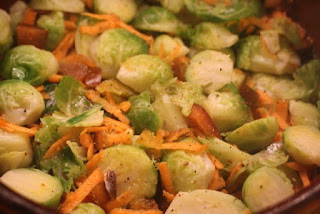 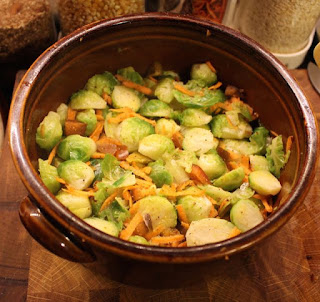 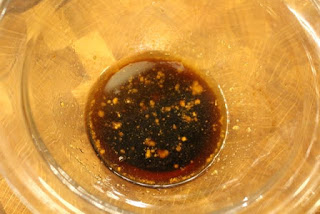 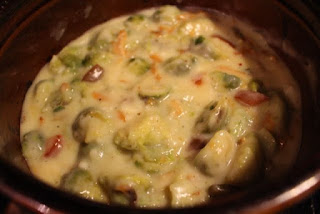 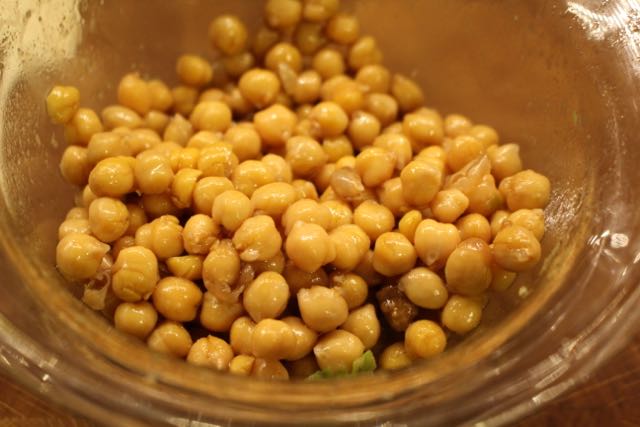 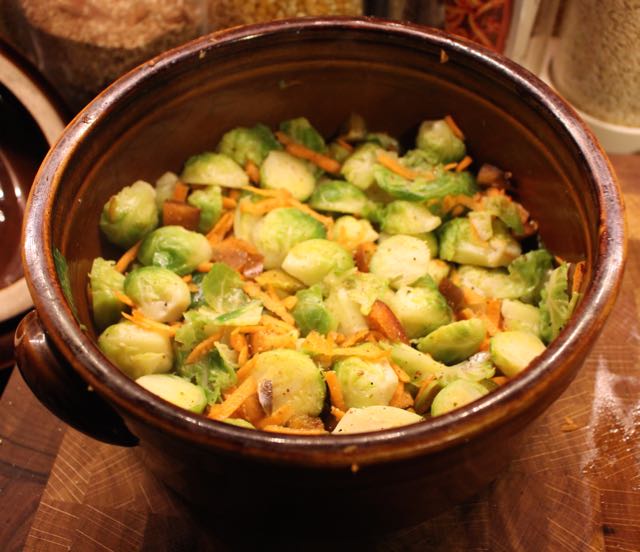 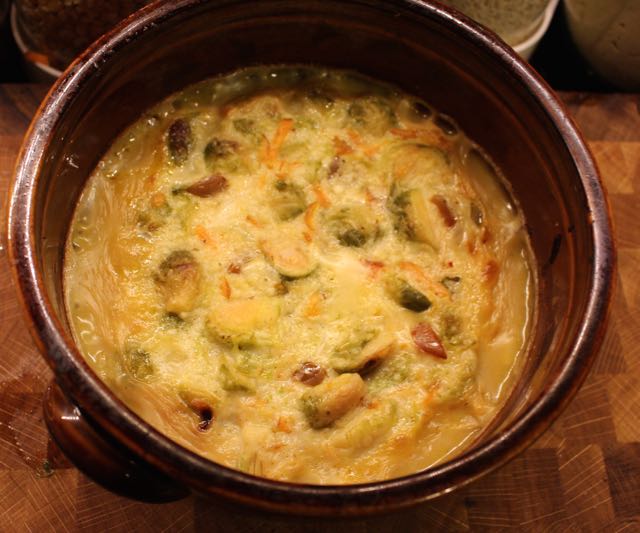 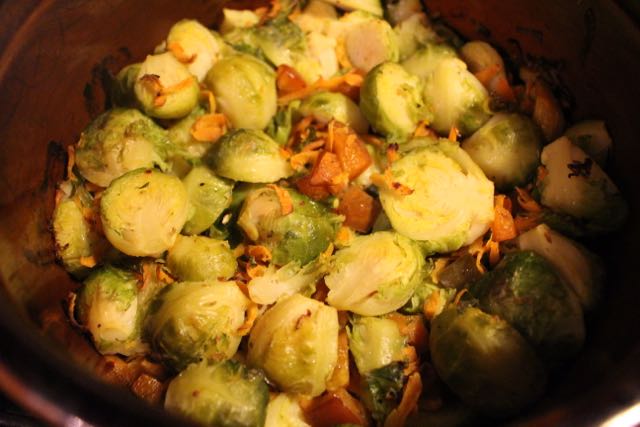 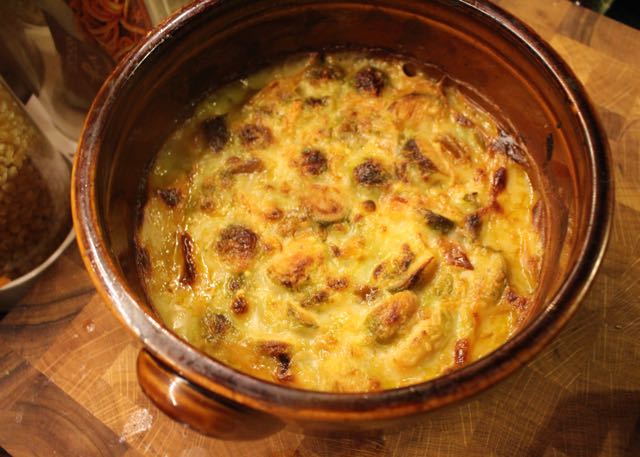 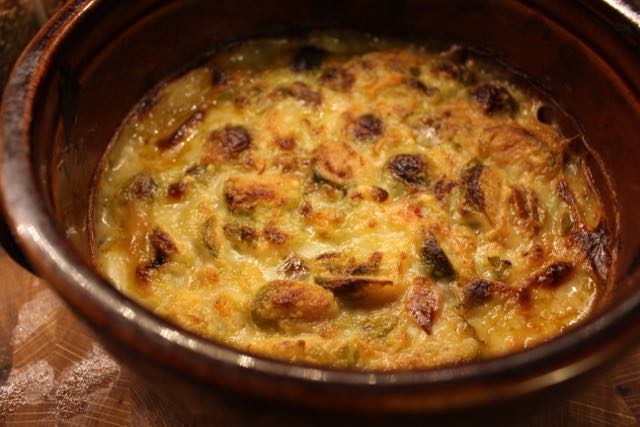 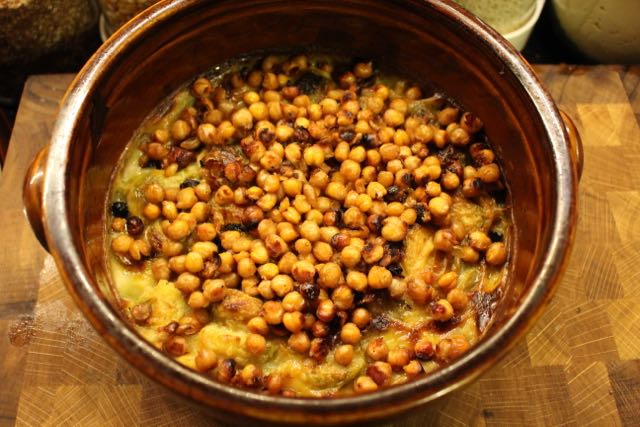 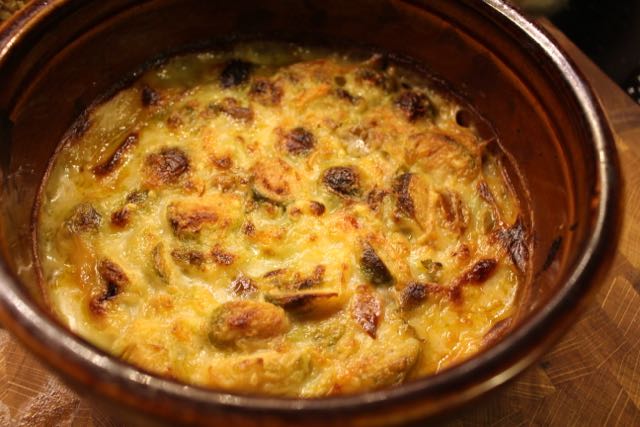 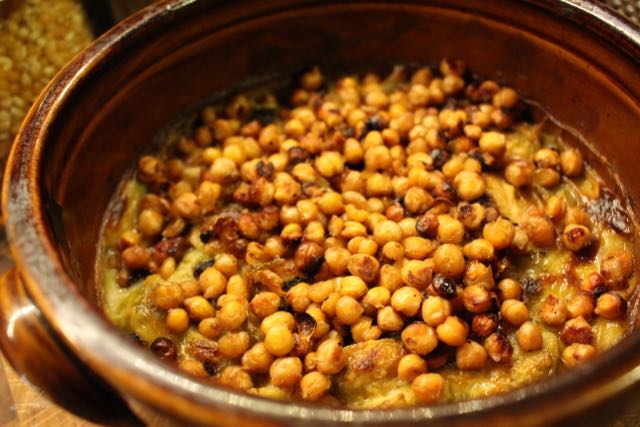 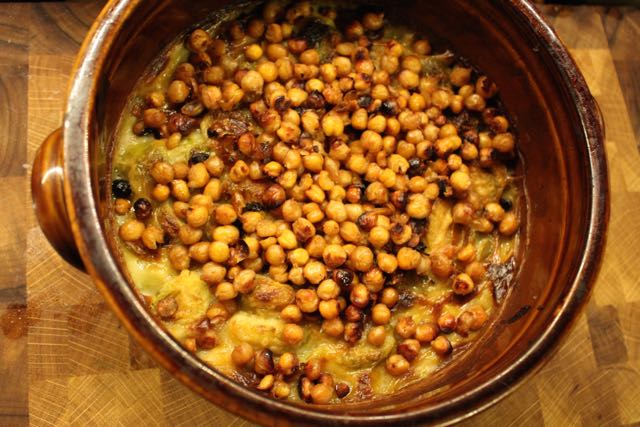 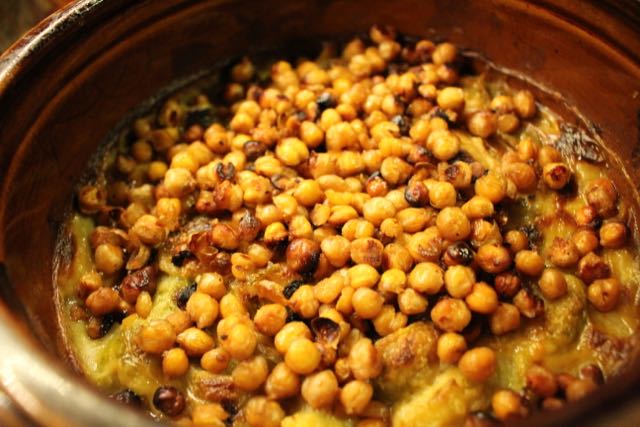 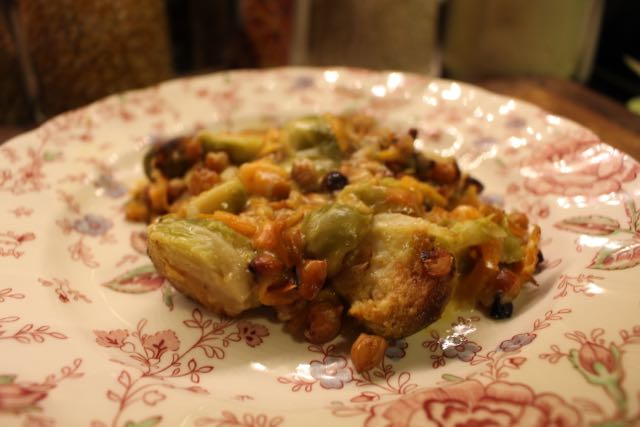 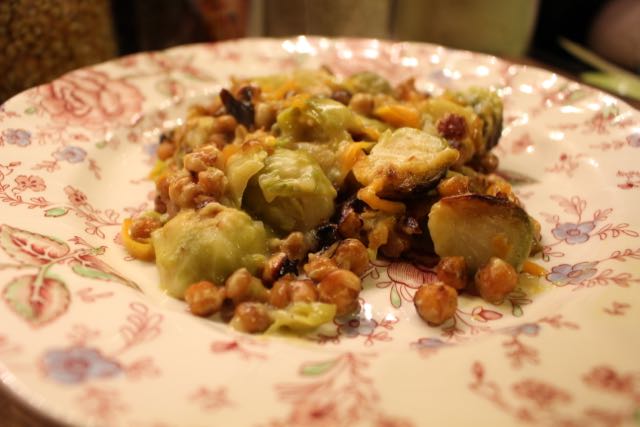 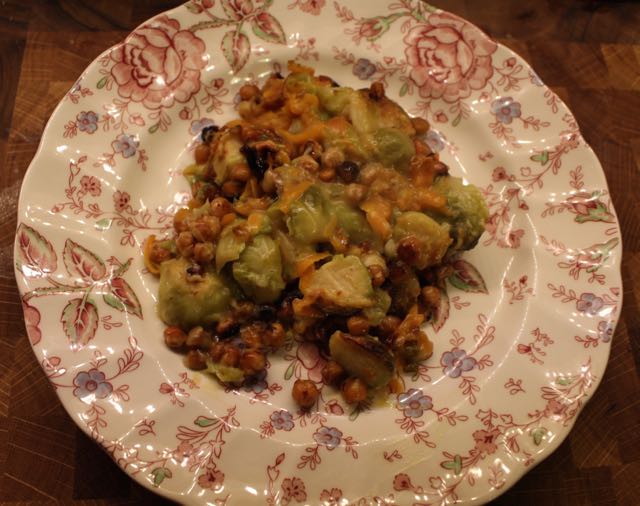 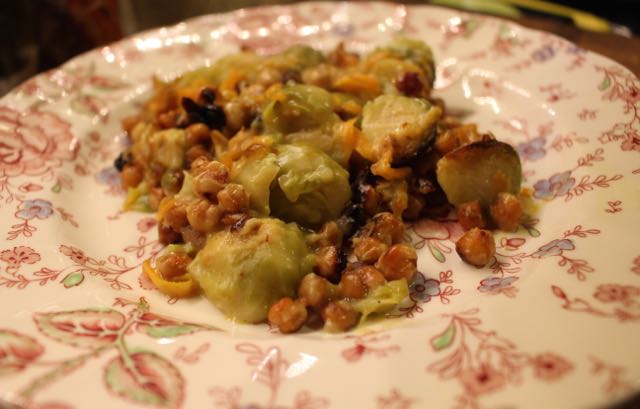