'Cor I don't half make some ugly dinners but this one takes the prize. Its sludgy grey/green appearance spread out across an old, well seasoned baking tray does not make an inspiring feast for the eyes. Despite it's hideous appearance, this is one of the tastiest vegetable bakes I've ever knocked together. I also like that it doesn't need anything with it, so is essentially a complete meal in one beastly incarnation.

In essence it's just some roasted veg smothered in a garlic mushroom & spinach sauce and topped with crispy quinoa flakes. Sounds rather innocent when you put it like that, eh?

I think you're just going to have to trust me on this one. Would it help if I told you that this dish is the reason Massive Munch & I ate an entire cauliflower in about 20 minutes? Well, we did. So there. 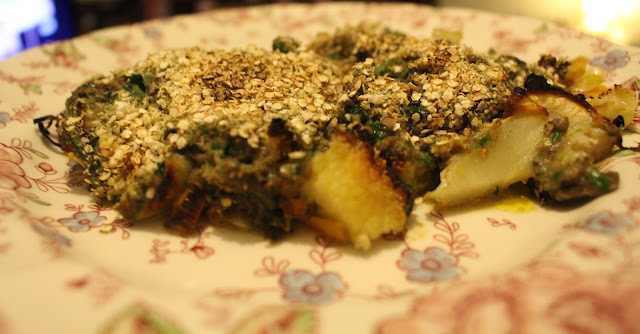 The Ugly Yumling
serves 2 troll devouring vegans,
but would probably serve 4 if you wanted to make something with it.
Who's got the time for that though?
Seriously. 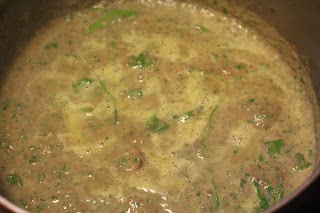 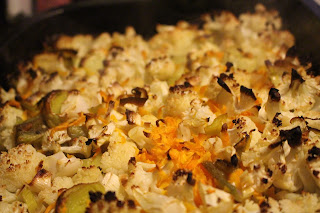 to top:
a couple of handfuls of quinoa flakes 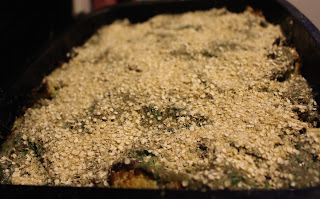 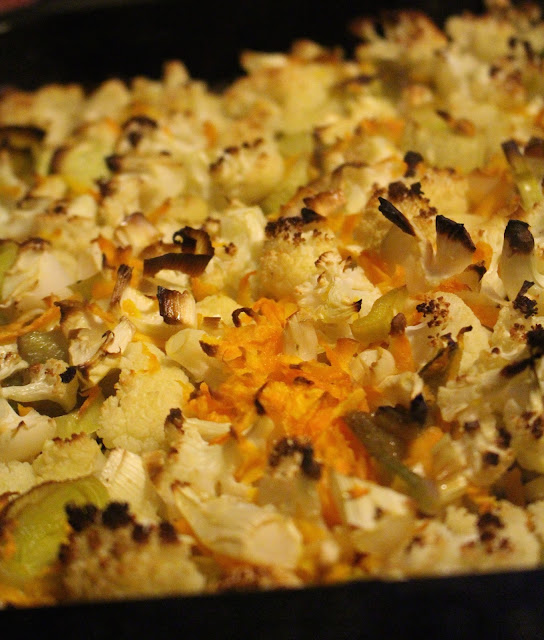 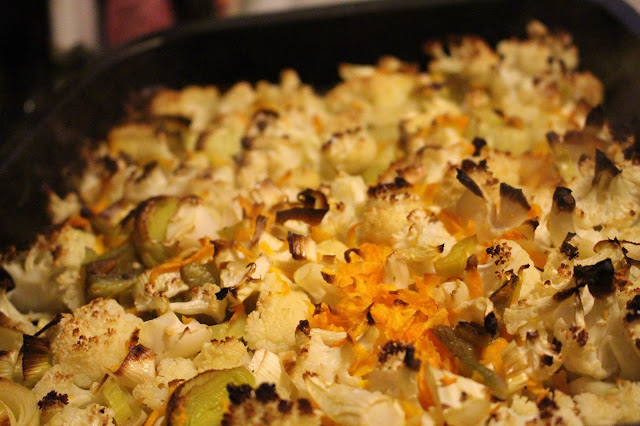 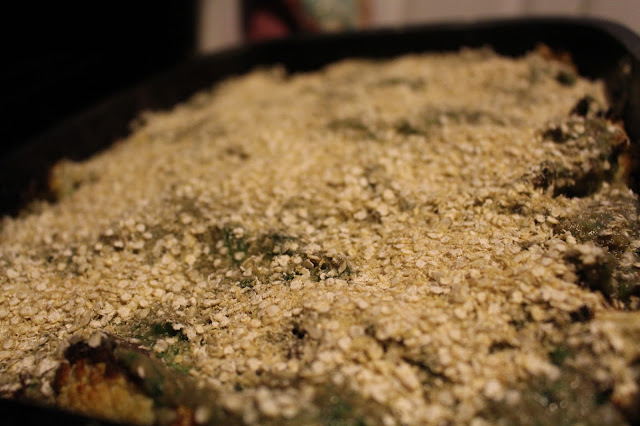 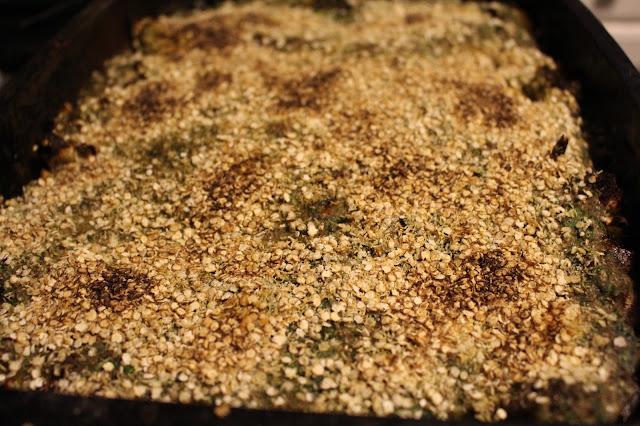 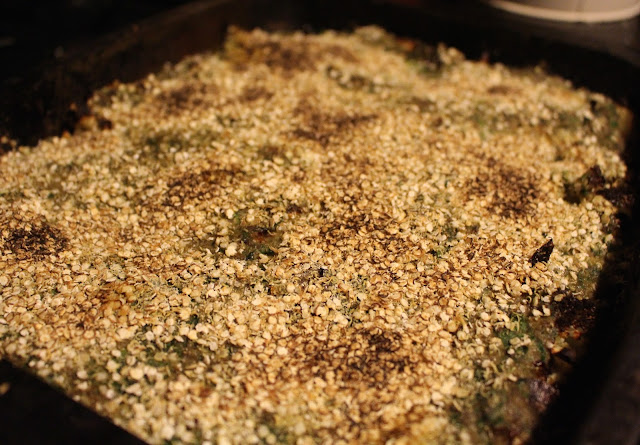 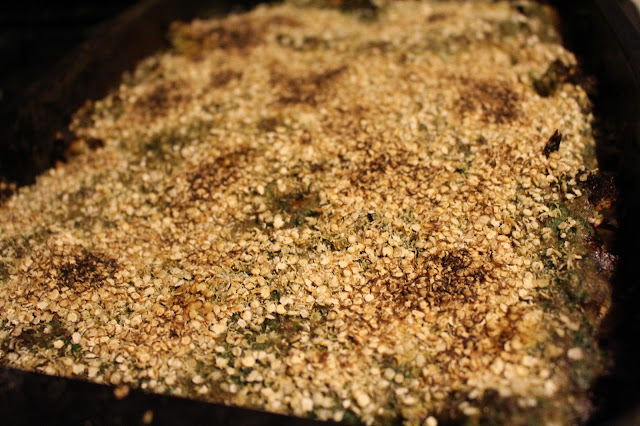 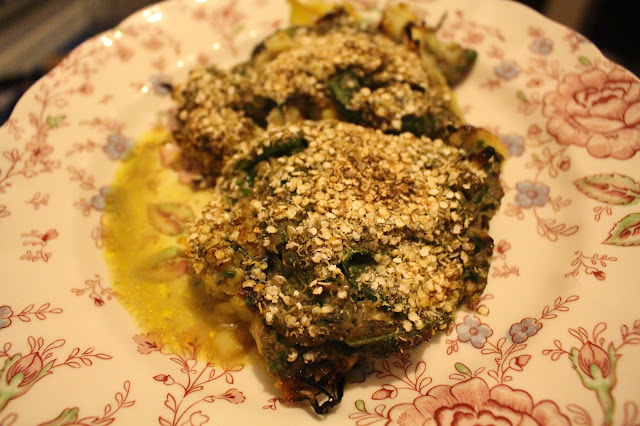 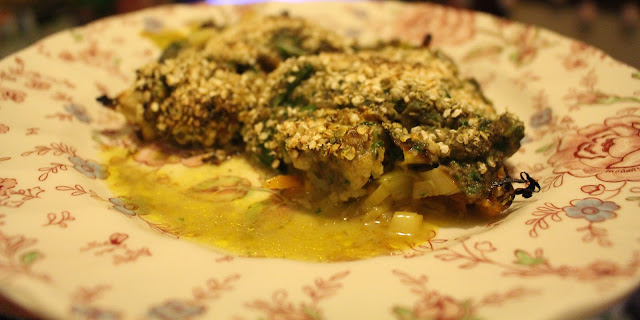