What's in the Tiffin Tin? (The Shoo Flu Special)

Everyone has been ill for ages and I've been smugly noting how distinctly not poorly I've been in comparison and now my head is groggy, my nose is runny and I can't sleep due to constant discomfort and fever nightmares. It's not fair.

Everyone is always hailing the healing benefits of garlic and I like garlic, so between bouts of rolling around the bed huffing, snuffling and using up all of the loo roll, I thought I'd make a garlic soup. And amazingly now I'm cured!
I wish.
It's actually only been 10 minutes since my last mouthful, but it was blooming tasty, so I thought I'd share it with you anyway.
I didn't take any prep pictures because I'm ill and holding the camera is hard.
I'm also probably even more vague on my measurements than usual because I don't feel well and gauging measurements is hard.
The prettying up with rosemary effort is a bit lame too, because it's garlic soup in a bowl, but I'm fairly sure that given my lack of wellness, we're both looking rather gloopy together.

Have a recipe, you germy buggers. 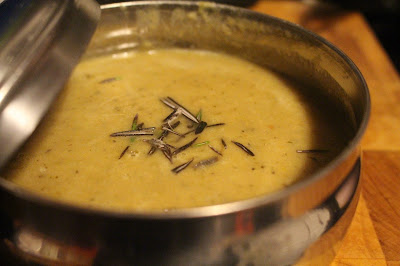 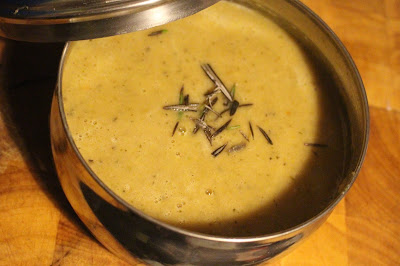 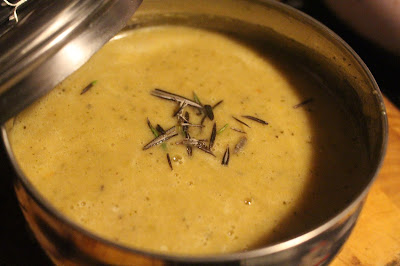 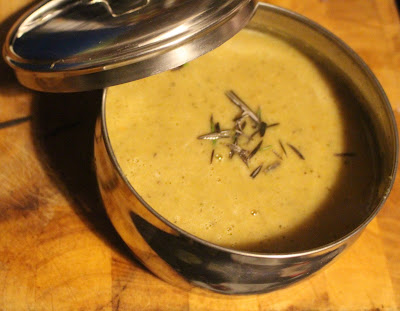 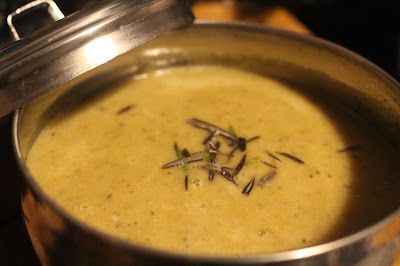 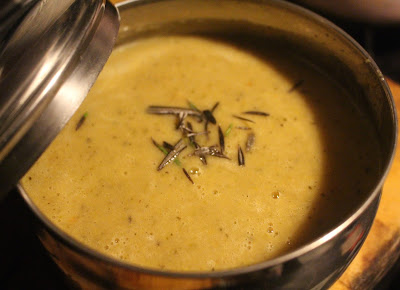