I wasn't going to pop this recipe up, so apologies for the lack of prep pics- again. I'm all alone tonight and haven't mentioned my stinking cold to anyone for at least 10 minutes now, and since being poorly I've been trying to consume vitamin laden food to help my immune system do it's bloody job, but in reality, except for the garlic soup, I've mostly munched on is Schar bread rolls and chips. Not great, but bland and stodgy is comforting. So after debating whether I was going to have beige pasta or beige pizza for dinner, I decided no! No more beige! I shall have pesto courgetti. That's green! Green means go! Let's do this!

Off I trotted to my kitchen to spiralise Babette (my largest courgette), dug out the food processor and whizzed up some garlic cloves and that was when I discovered that all of my basil was manky. Ewwww. Disaster! What's a modern woman to do? This was not how things were supposed to be. The garlic cloves have already been blitzed! There might be a shop at the end of my road, but it's cold out and I've already been outside today. Nothing for it, I'll just have to compost the basil and keep throwing things in the food processor whilst hoping for the best.

And that's what I did.
It's all actual veg, so nutrient win.
It's rather creamy, so comfort win.
And it's all a lovely shade of er...oh, beige. Oops. Damn it.

There's blooming loads of it though, for not very many ingredients there's an incredible amount of sauce left, despite the fact I quite clearly tried to drown my first round of courgetti.
Oh dear, guess I'll just have to devour another full bowl tomorrow. What a delicious, quick and fulfilling chore that will be. I don't even have to spiralise a new courgette as the last bugger was a stonker, so after her ordeal she's in ribbons, resting in the fridge, in a light lemon juice wash with a clingfilm wrap.

If you're a pro at throwing things in a food processor and stirring, this entire recipe could realistically take less than 10 minutes to complete. If you take much longer than that you should probably ask an adult to help you. Not me though. I'm far too busy feeling sorry for myself.

This could also be eaten raw, but did I mention it's cold out? And I have a cold...so... 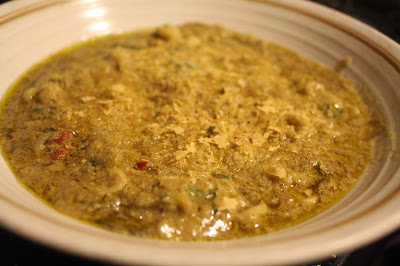 Courgetti Messy
serves 2 or possibly more, but none of you are having it- it's mine! 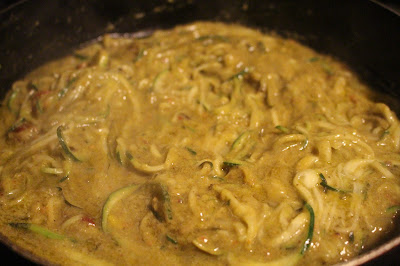 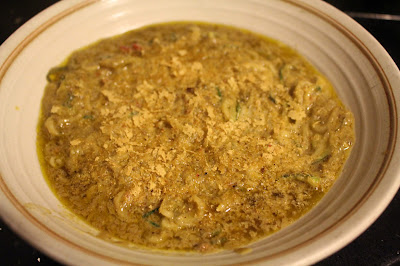 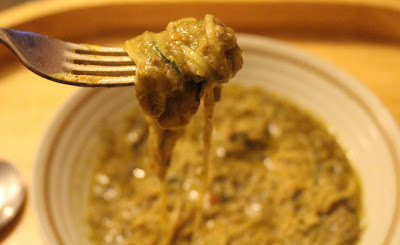 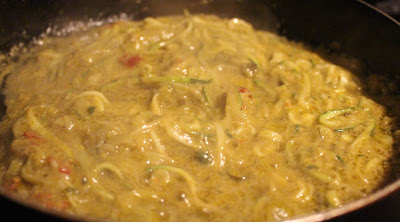 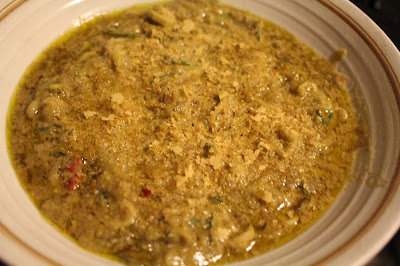 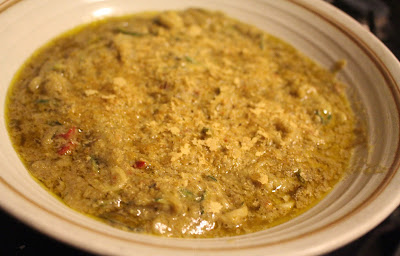 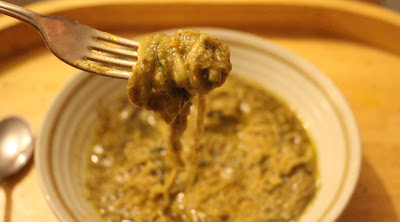