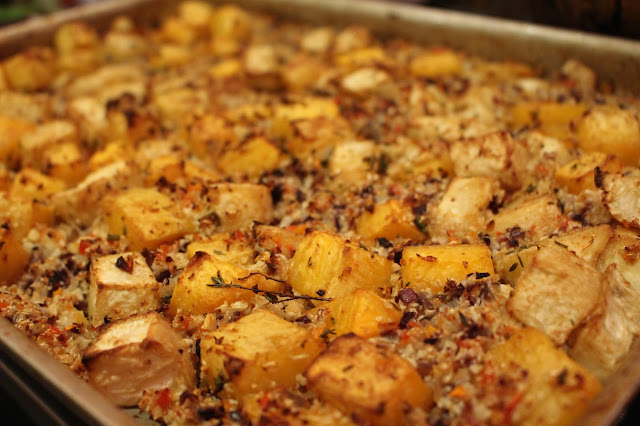 Nobody likes swede. Don't pretend you do - you lyin'.

I don't mind it, but I don't exactly love the stuff and I was pissed off when Massive Munch insisted that I buy some for Christmas. Obviously he wanted me to fail at my first year of hosting Christmas. No one wants swede that much without there being an ulterior motive, no one. So I didn't cook it for Christmas dinner. Which just meant that I still had a massive blooming swede sitting in my fridge eyeballing me every time I opened the door. What the hell was I supposed to do to get 2 regular sized people to eat a swede bigger than my head? Well, apparently I'm some sort of magician because we ate half of that ginormous bastard this evening, and literally all I did was roast it and surround it with a ton of other flavours. Who'd have guessed?!

If you live in Leeds and also want force down a skull sized swede, I highly recommend getting it from these guys - they're do the best veg. Clearly.

It was sooooo good, we both went for seconds. Of swede! Seconds! Of SWEDE!!!

So, this is how I finally beat the beast and I'm sharing my method with you so we can all finally enjoy rather than endure the polarising rutabaga. 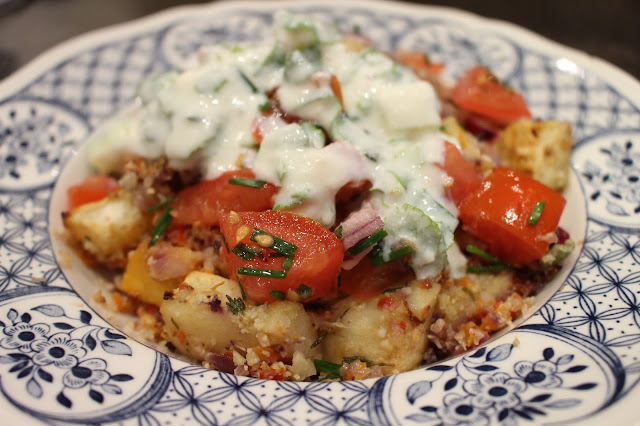 for the mustard and thyme swede and celeriac 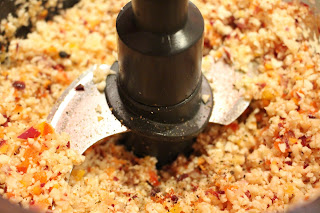 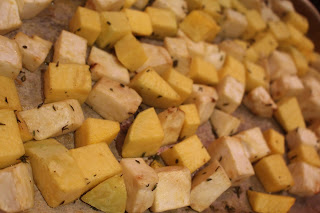 for the salsa
half a red onion, diced
5 large tomatoes, diced
juice and zest of half a lime
bunch of chives, chopped 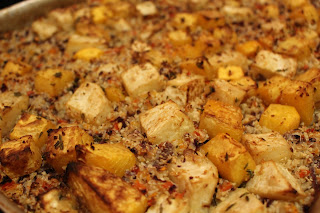 for the raita
1/3 cucumber diced
a bunch of mint, leaves picked and chopped
juice of half a large lemon
1/4 cup of unsweetened, plain vegan yoghurt
1/4 tsp salt 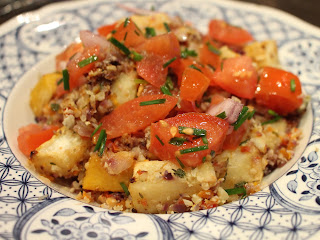 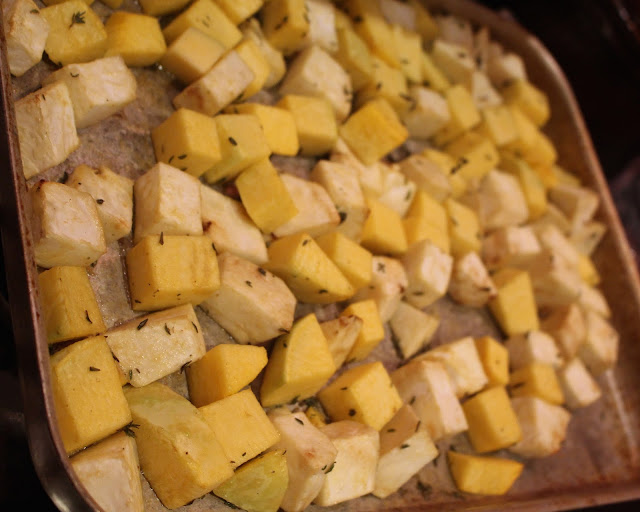 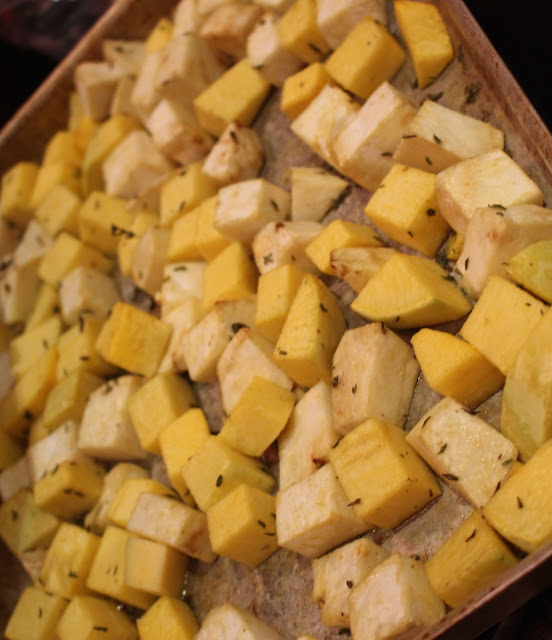 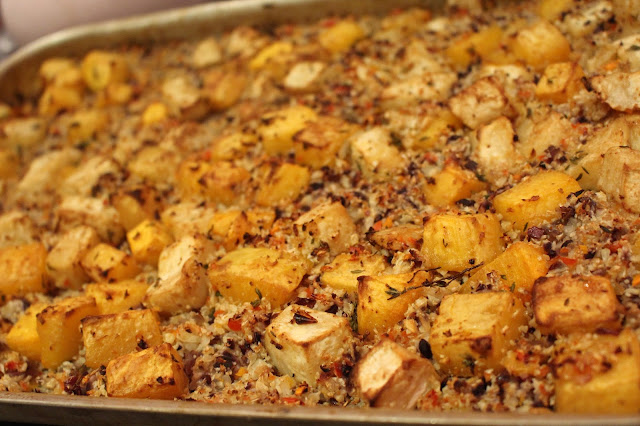 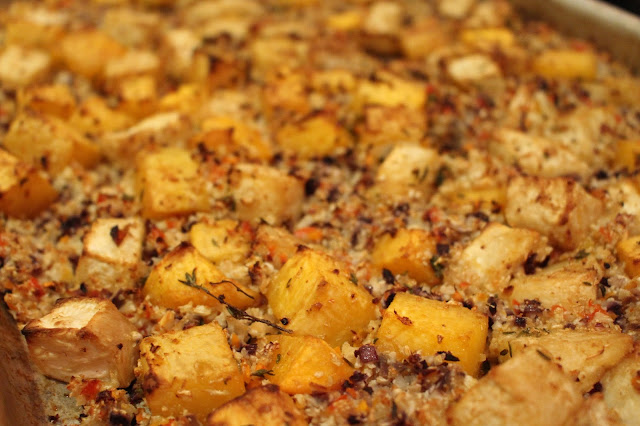 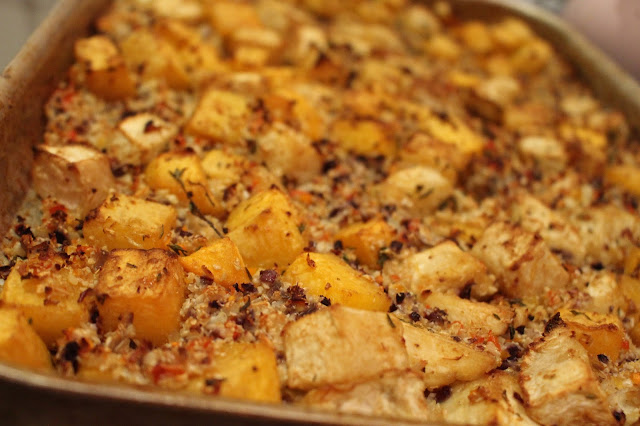 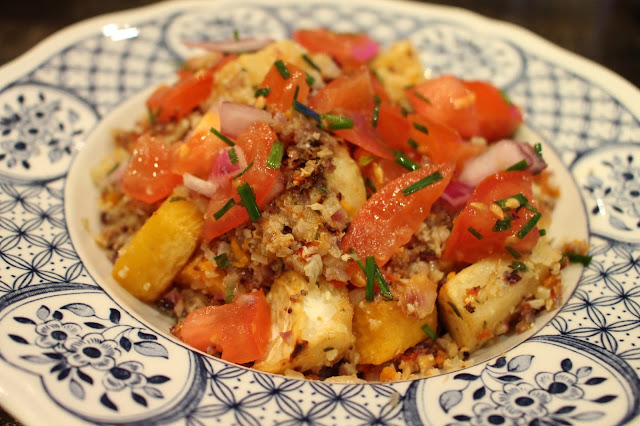 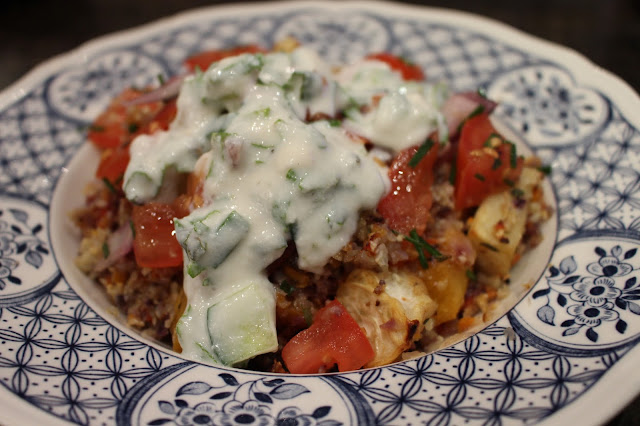 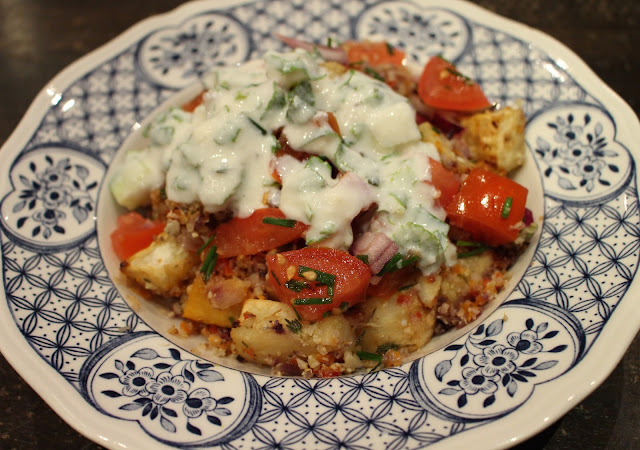 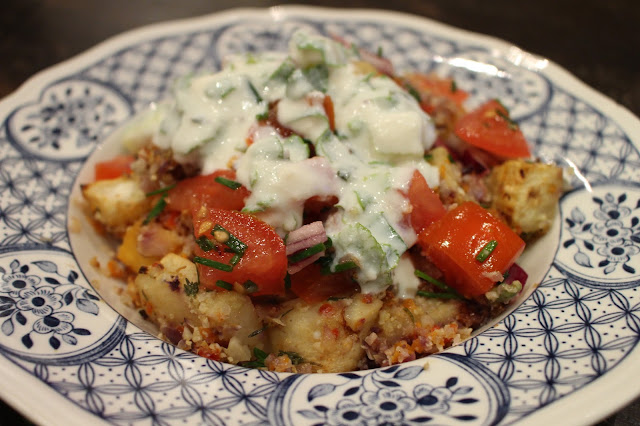 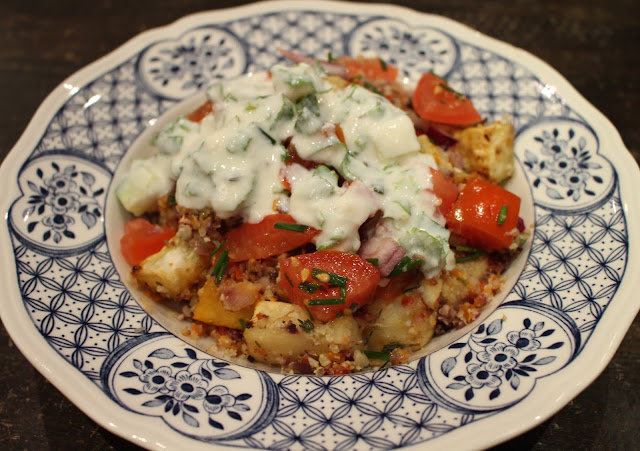