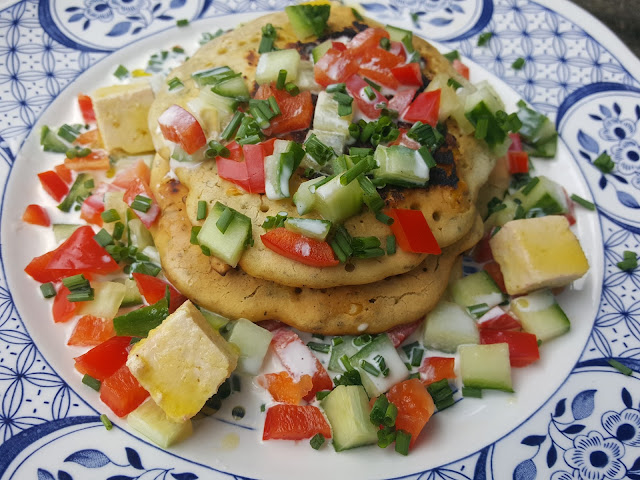 What happens when you fancy something a bit flatbread like, but kinda do it like a pancake?! Flat-Cakes!

Simple dinners are my favourite and you can't get much simpler than savoury, bread-like pancakes with a scattering of fresh raw veggies and a splash of Alpro cream. I was going to write up the recipe, but that's pretty much it, so I'm done now. Bye. Have a great week!

Only joking. I can probably be a bit more precise.

I used the flat side of my seasoned, cast iron griddle plate for this, but I'm sure they'd work just as well in a frying pan. You can flavour and load these with anything you like really. I've got a glut of fresh corn to work through so that's what's in these but, I reckon a black bean and spring onion version would be lush. Play about with it, it can't be too easy to muck it up , just give it a try. They're pretty dense, and even though I served 3 CD sized pancakes per person, I think we'd have been quite content with just 2. Depends on how many you think you can scoff really. 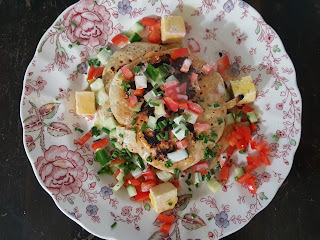 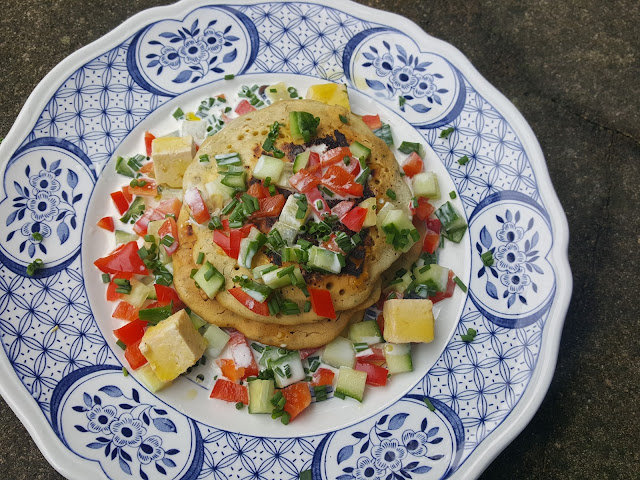 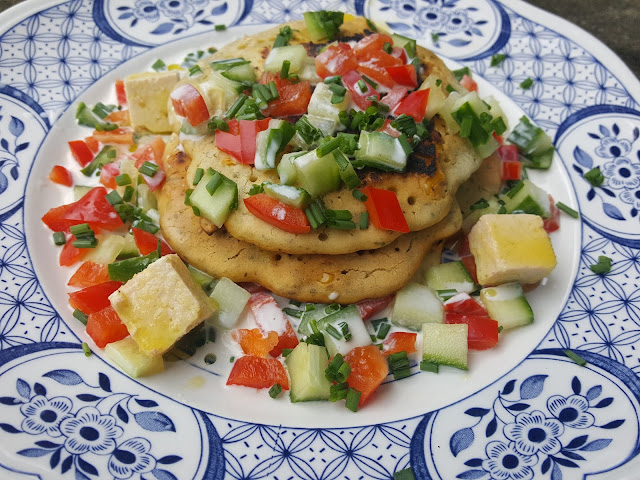 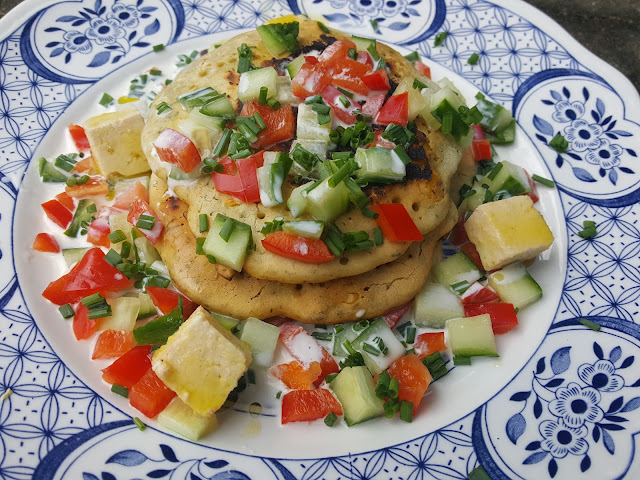 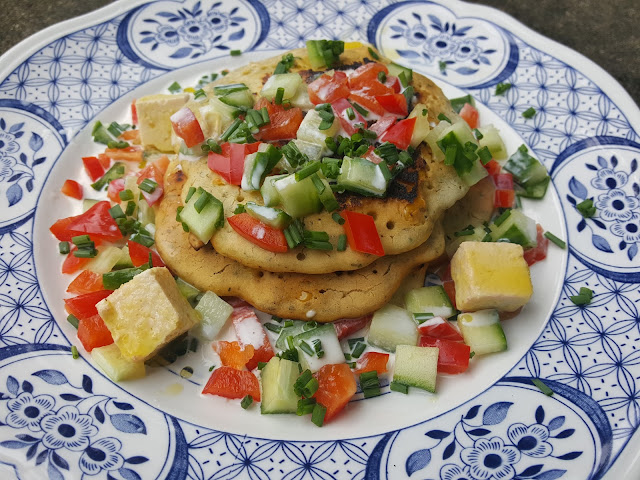