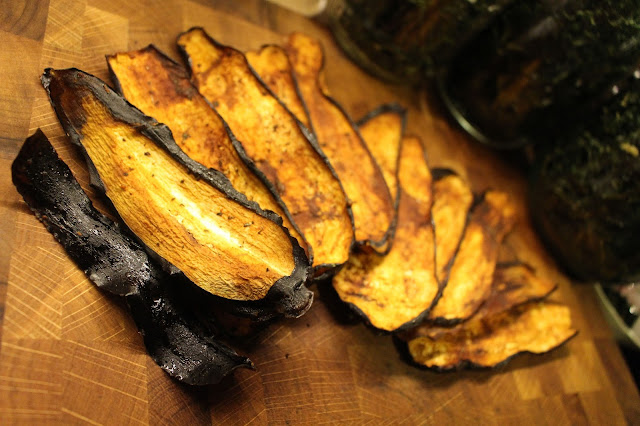 I hope you all sang the post title to the tune of The Beach Boys - Good Vibrations. It's obvious now I've said it, right?

Anyway, my let down of a laptop is still dead after it went paddling before Christmas, so sorry that I've been a little quiet. I'm currently using Massive Munch's old work machine, but it's a bit slow and old and doesn't have any of my photos on it (eek!), so there may be a few posts missing that should be here, and I will do my best to get those up as soon as possible.

Late last year I impulsively bought a dehydrator and it's my new favourite thing in the whole wide world! One thing some people occasionally complain about with vegan food (hi mum!), is the balance of textures - enter the dehydrator! As well as being a great preserver, the DH (that's what the cool kids call it), gives me the ability to have crispy things without frying, flour or pastry. It also means that you still get to eat some foods still in their raw state, just minus the water. It's amazing.

Having discovered that apparently this magical device can also make raw aubergine edible by magicking it into crisps, I thought I should give it a go. I wanted to try bacon flavours, as I thought that the texture of aubergine would lend itself well to a crispy bacon substitute, and - success! - it does. Massive Munch was very complimentary and repeatedly told me how super excited he is about trying them in a fry up. I wonder if there's such a thing as a raw fry up...hmmm... Anyway, I'd say they are a great processed meat replacement and would be equally amazing in either a salad or a sandwich, even if they don't necessarily taste exactly like bacon, I think maybe a bit more salt might be the way to go. Let me know if you try them and if you tweak the flavours at all.

You could probably do this on a low setting in the oven, but I'm new to this and haven't tried it so I'm not sure on timings, I'd say check it after an hour and see how it goes.

To the easiest recipe I've ever written! 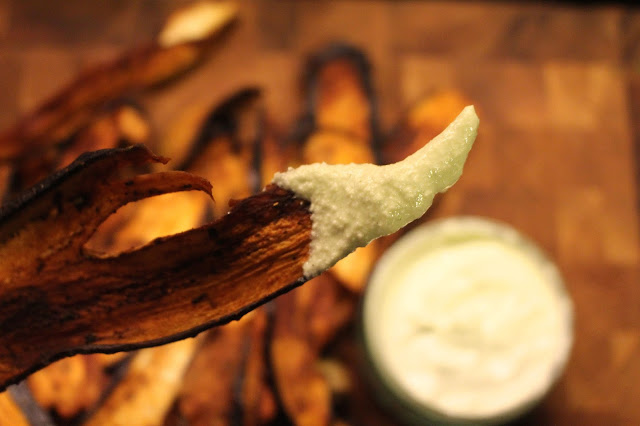 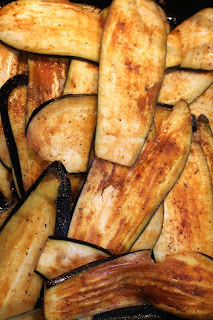 for the marinade:
4 tbsp sesame oil
1 tbsp liquid aminos
1 tbsp liquid smoke
1 tbsp coconut syrup
2 tbsp nooch
1 tsp garlic powder
1/2 tsp smoked paprika (you may want to use less if you don't like things with too much heat as this is raw and you will taste it!)
1 tsp oregano
1 tsp thyme

for the bacon:
2 aubergines 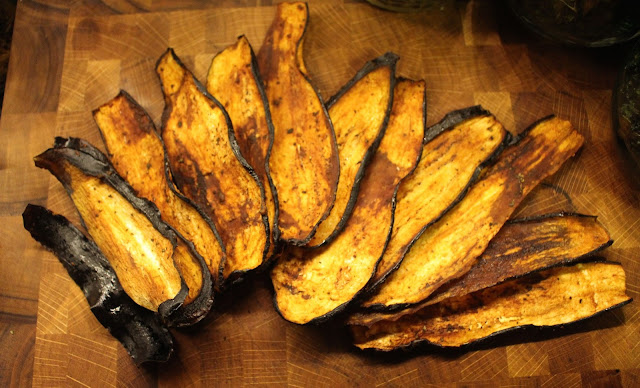 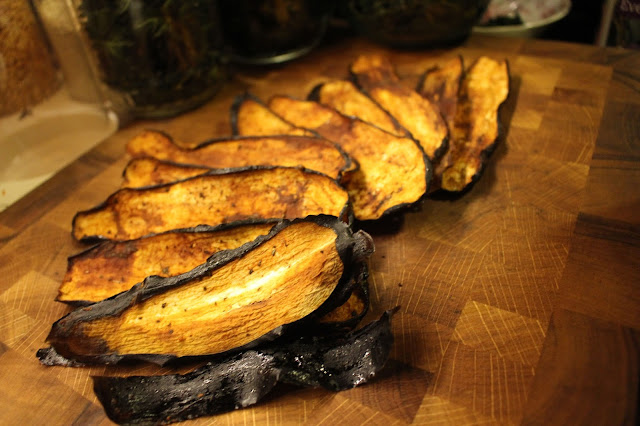 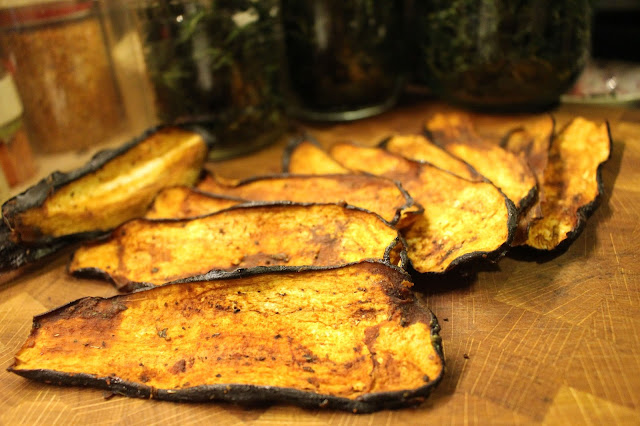 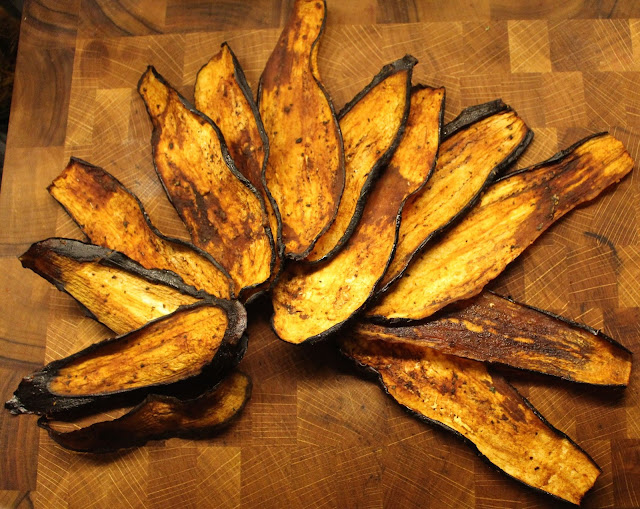 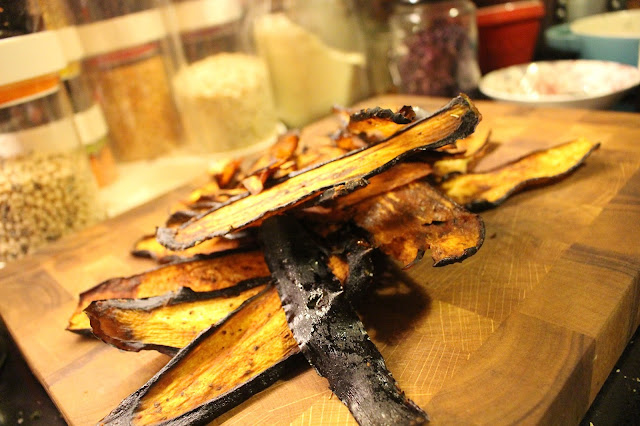 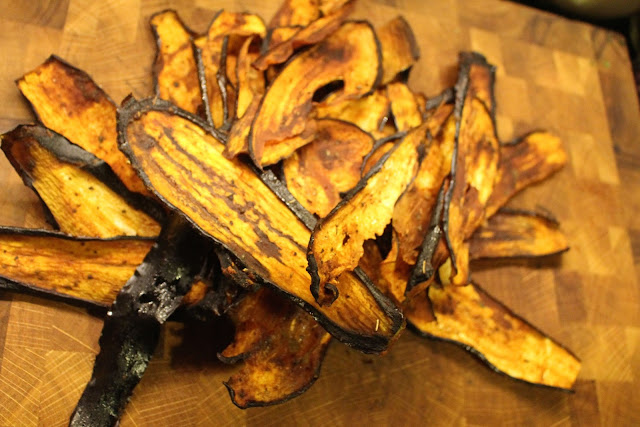 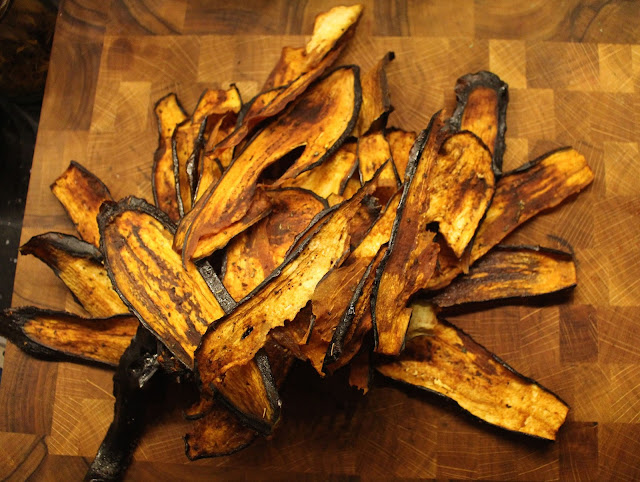 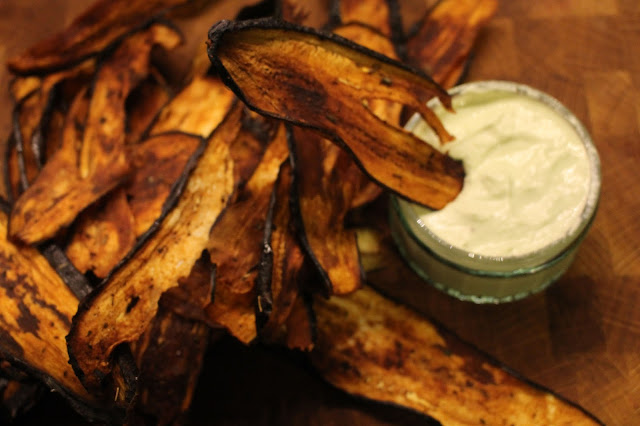 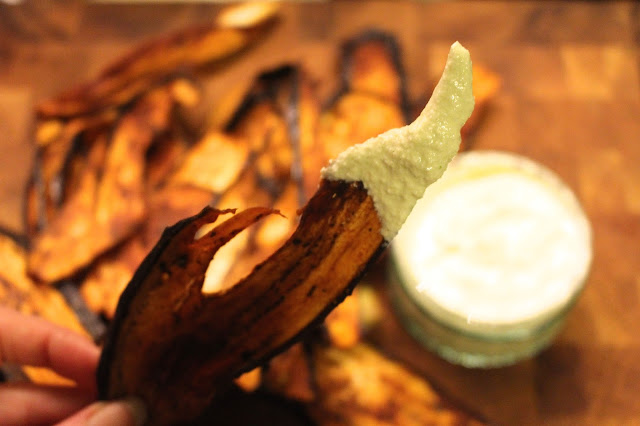 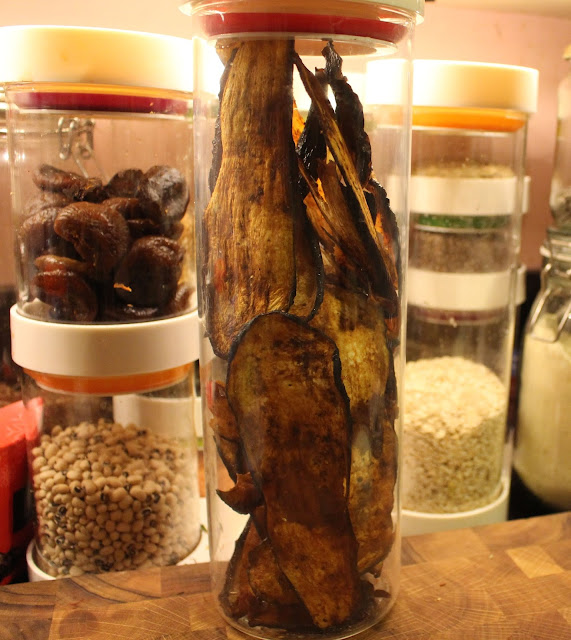 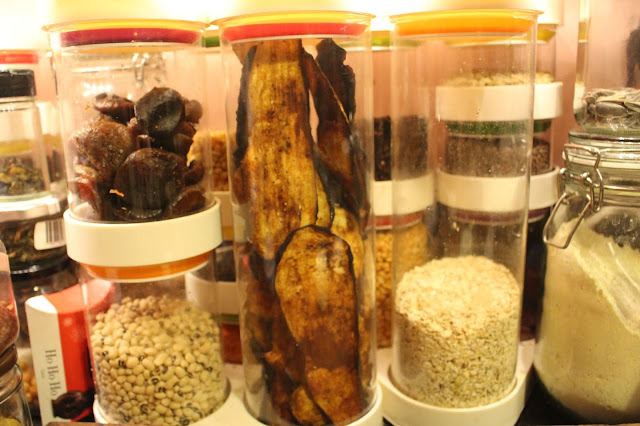