So, I've been fancying attempting a jackfruit version of Chinese crispy duck since I first tried the wonder fruit about a year ago. Despite having had a couple of tins in the cupboard for a while, I've been a bit lazy and scaredy bum to try it, in case it was a huge disappointment and I'd ruin both jackfruit and the memories of crispy duck flavours for myself. Turns out I had nothing to fear! This shit works, man! I just had a dinner I never thought I'd be able to have again. Plus, I made plum sauce for the first time, which is pretty cool. Not sure what to do with the rest of it now though. I wonder if it'll dehydrate...hmm Not that I'm obsessed. I definitely haven't started buying things just to dehydrate.

Anyway, I'm not going to go on, you all know what Chinese crispy duck is. This is it, just minus the evil. And it's so bloody easy! And you feel so much less crappy demolishing the lot, as it's just fruit, baby! So, why the hell wouldn't you?! Do it. Do it now! 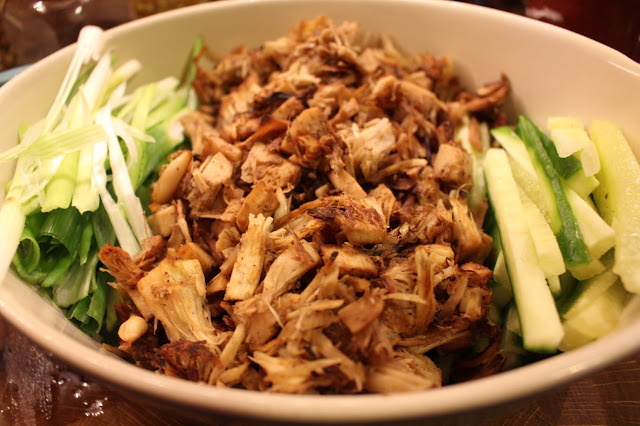 
should probably serve 4, but was definitely finished by 2 people here 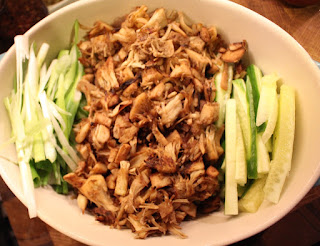 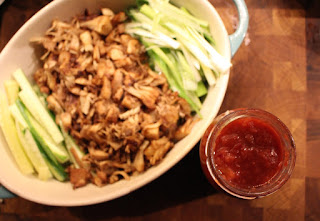 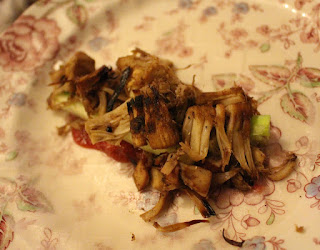 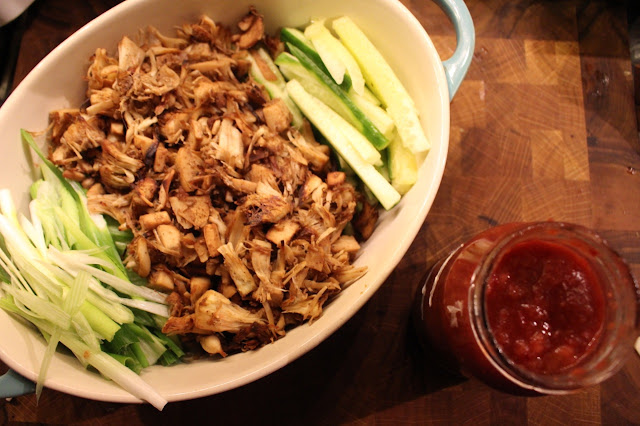 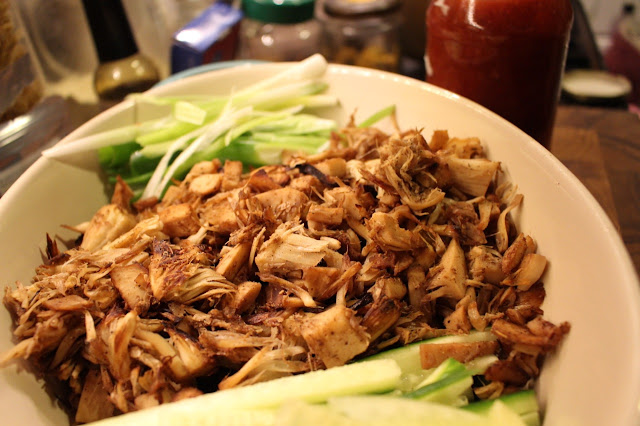 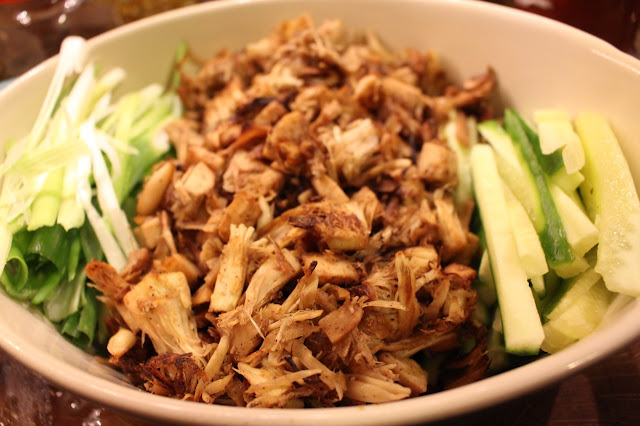 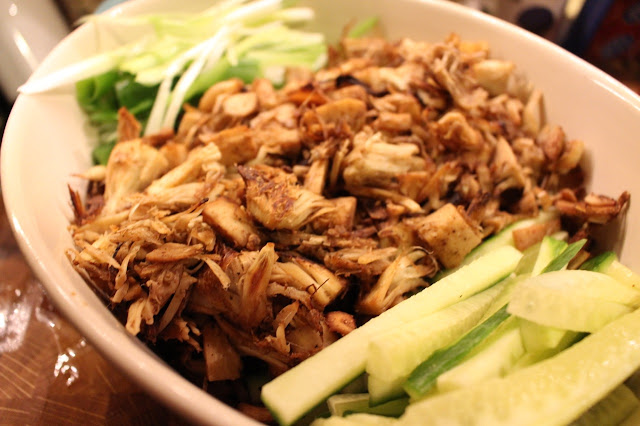 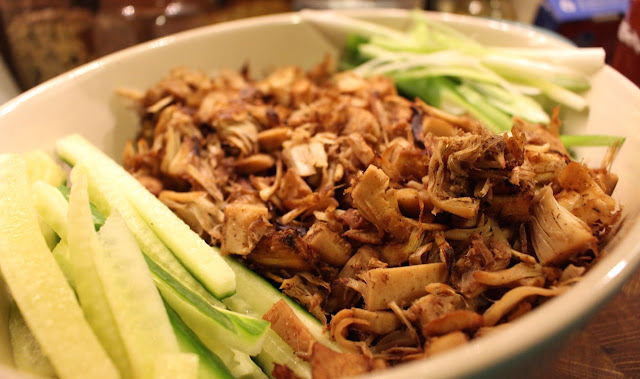 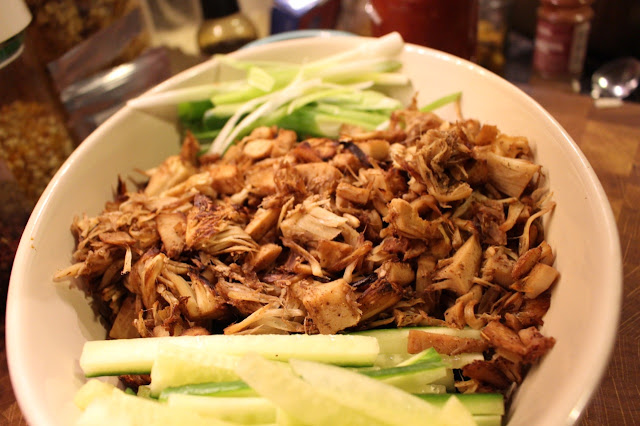 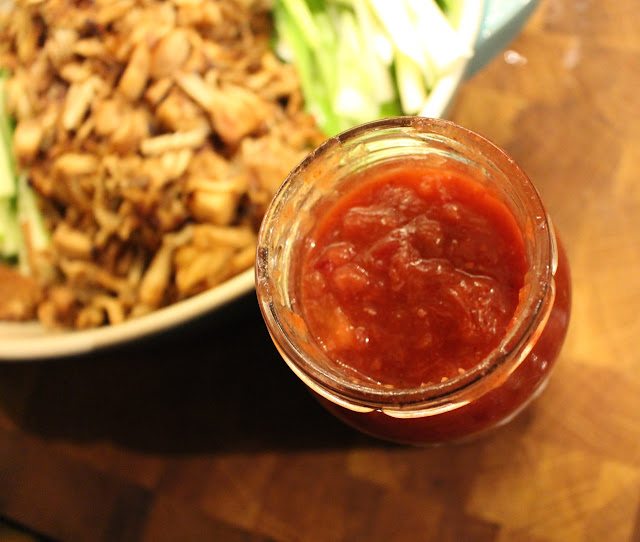 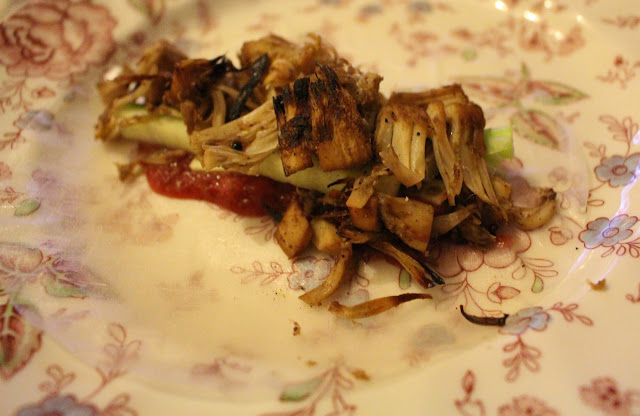