A couple of stonking Kentish dinners

Not to blow my own trumpet, but I've made some blinding proper Kent dinners recently. I know it sounds trite, but the meals I make which get the most accolades are generally created from locally sourced ingredients. I know my Pig Out Partner in Crime is always complimentary, but when he's really excited, it's normally over produce I've walloped together from England's garden. There's some game, some fish and something veggie, they're all really simple and should feed at least two greedy buggers.

Anyway, let's show the goods, shall we? 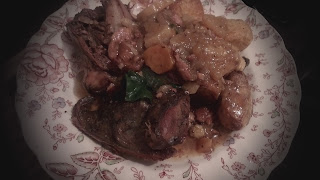 This recipe is blooming simple and amazingly yummy. The pigeons had been frozen for a couple of weeks and were still so flavoursome, and game is the most ethical meat in my eyes- provided it's wild, obvs. 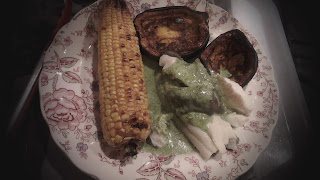 Cod in a Watercress Sauce with Peppered Squash